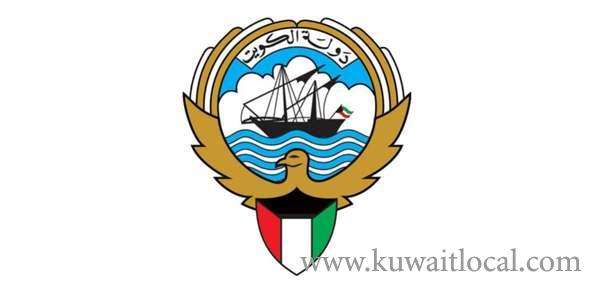 Head of Ministry of Higher Education’s workers union Dr Khaled Al-Barrak confirmed the mass exodus of ministry employees, noting the fast spreading trend can be felt in the corridors of the ministry, reports Al-Anba daily.

In a statement to the daily, Dr Al-Barrak indicated lack of financial incentives and privileges and absence of career care and appreciation at work rendered a significant number of employees in the ministry to seek greener pastures in other institutions that suit their academic qualifications and experiences.

“Lack of financial incentives for diligent and experienced employees, coupled with lack of job security, acceptance and comfortability have rendered the work environment repellent in the Ministry of Higher Education, as it doesn’t meet the aspirations of employees despite being a significant ministry and important in the level of the State”, he noted.

Dr Al-Barrak expressed fears on the recent phenomenon, saying “if the current situation persists without the intervention of officials in the ministry at some point in time, its departments will lose excellent employees having a wealth of experience and high academic achievements, and it will negatively affect the performance of the ministry as a whole.”

He suggested establishing a new mechanism to determine financial incentives and privileges that could satisfy the employees based on their qualifications and experiences in order for the ministry to maintain its staff, especially those having worked for many years and gaining enough experience to render them assets in whichever department or position they serve.

Kuwait Airways Releases Operational Schedule To 31 Destinations Kuwait Airways released an operation schedule for its flights including travel destinations, mentioning the 31 destinations, departure and arrival times in Kuwait time, in addition to the number of da... July 04, 2020 0 13611 Category: Travel

Kuwait Airways Begins Bookings For 17 Destinations From Aug 1 Kuwait Airways opened bookings for 17 destinations as part of the operation schedule for its flights from 01 Aug, 2020 The national carrier will begin flying to Amman, Bahrain, Bodrum, Baku, Beirut... July 05, 2020 0 13092 Category: Travel

PACI Announces The List Of Services Available From Sunday The Public Authority for Civil Information PACI announced the list of services available online starting from Sunday. According to the list, update personal photo for Kuwaiti and Non- Kuwaiti, Newborn... July 04, 2020 0 6945 Category: Kuwait

PCR Certificate Is Not Free For Departures The Supreme Committee for the Re-operation of Commercial Trips has adopted the Ministry of Health’s protocol on health controls and requirements to leave citizens and residents and come to Kuwai... July 03, 2020 0 5365 Category: Coronavirus

Indians Not To Exceed 15%, Egyptians, Filipinos Cap At 10% The Legislative Committee said it approved during its meeting yesterday a proposed ‘quota’ for various nationalities as per the percentages specified in the proposal, reports Al-Seyassah d... July 04, 2020 0 4748 Category: Expats

Water To Be Cut For 12 Hours In Certain Areas The ministry of water and electricity announce that public department for roads and land transportation has been contracted to link the new fresh water line to the fresh water network which may affect... July 02, 2020 0 4100 Category: Kuwait

PCR Test Cost For Departures Between 10 KD – 20 K A responsible government source revealed from August 1st expats will be allowed to return back to Kuwait as per the government plan to gradually resume commercial flights. All the travelers will ne... July 05, 2020 0 3949 Category: Coronavirus

Ban On International Flights At Indian Airports Extended Till July 31 India has extended the ban on international flights till July 31 as the nation sets its “Unlock 2” plan rolling to cope with the coronavirus pandemic. The civil aviation regulator DGCA sai... July 03, 2020 0 3799 Category: Travel 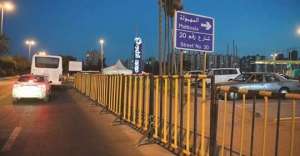