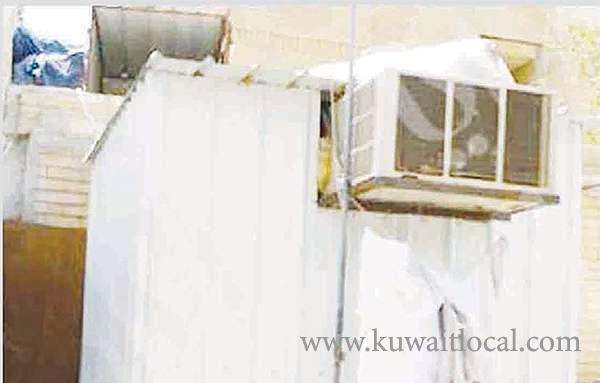 A number of citizens expressed on social media their objection to the decision taken by Kuwait Municipality to impose fines for the construction of prefabricated rooms on rooftops of houses prior to obtaining the relevant license.

As per the decision, fines ranging from KD 100 to KD 5,000 will be imposed on the violators. According to social media user Meshari Al-Fahad, some officials of Kuwait Municipality seek fame and want to show off. He said, “Everybody knows every Kuwaiti house has a room on the rooftop used for either storage purposes or allocated for the domestic workers. Some houses have increased the number of floors to almost four and five but Kuwait Municipality is not concerned about that and only focuses on the prefabricated rooms on the rooftops”.

Another user Lora said she wondered how the inspectors can come to a house and issue citations without obtaining permission from the house owner or warrant from the Public Prosecution. She insisted that every citizen is free to do as he/she pleases in their house, even demolish it, affirming that they will resort to the court and demand compensation if anyone tries to intervene in their matters.

In addition, user Wael Al-Ali called upon Kuwait Municipality to first work on removing bachelors from residential areas such as Jleeb Al-Shuyoukh, Farwaniya, Salmiya, Hawally and Kuwait City before thinking about removing prefabricated rooms from rooftops of houses