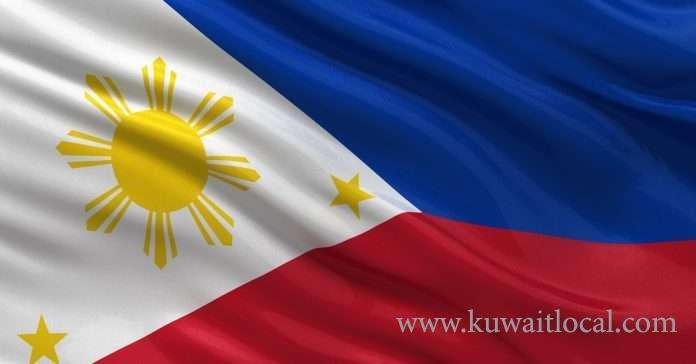 We are now preparing everything and we will be ready to accept and process new job orders of skilled and semi-skilled workers as soon as we receive the written order from the home office in Manila,” disclosed Philippine Labour Attache to Kuwait Rustico Dela Fuente on Tuesday to the Arab Times after the Philippine government on Tuesday announced the partial lifting of the deployment ban on skilled and semi-skilled workers bound for Kuwait after Kuwait and the Philippines forged a deal to protect Filipino domestic workers.

Philippine Presidential Spokesperson Harry Roque said the lifting of the deployment ban on skilled and semi-skilled workers is effective on Tuesday.

However, Dela Fuente told the Arab Times that POLO Kuwait still has to receive the executive order from Manila. “It’s a go as soon as we receive the written order,” he stressed.

Dela Fuente also clarified that the ban on the deployment of household service workers stays in effect till further notice from Manila.

In February, Manila ordered a total ban on the deployment of Filipino workers to Kuwait, following instructions from President Rodrigo Duterte.

The move came after a string of reported deaths and abuses of Filipino workers in Kuwait, including Joanna Demafelis, whose body was found in a freezer in a flat in Salmiya.

Philippine officials last month “rescued” distressed workers allegedly without coordinating with Kuwaiti officials that was shown on a video that went viral and prompting the latter to expel Philippine Ambassador to Kuwait Renato Pedro Villa.

Officials from both countries signed last Friday the memorandum of agreement called the “Agreement on the Employment of Domestic Workers between the Philippines and Kuwait.” Among the provisions of the deal are the creation of a 24/7 hotline where Filipino workers may report abuses, and a special police unit to respond to such complaints.

Employers should provide decent food, clothing, home, open a new bank account for salary, allow the use of cellphone for communication, among others. The employer is not allowed to keep the domestic worker’s passport.