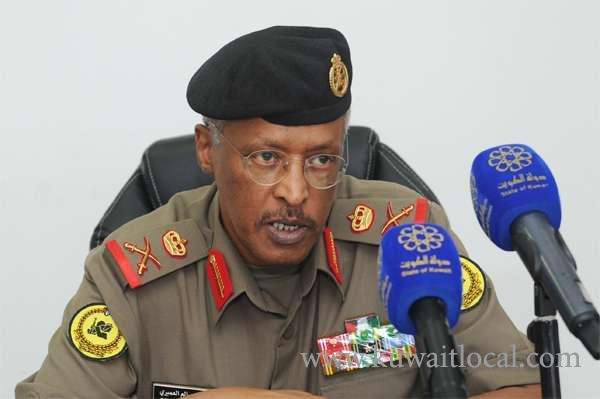 Chairman of the National Military Service Authority Major General Ibrahim Al- Amiri said on Sunday eligible drafters in the military would receive notifications to start their service. Those who fail to present for conscription or seek to delay their service as scheduled will face penalties reaching five years behind iron bars, he warned.

Maj Gen Al-Amiri said at a news conference that the military was preparing the call-up notifications. “Number of the ready citizens has reached 2,541 and the dodgers some 800,” he said, noting that libel suits were presented against many of them at the Investigation General Directorate. Providing a specific number of those eligible to be pardoned can be possible once they have been summoned to determine each person’s circumstances, he said, indicating that the law for the national military service stipulates exempting nationals from the service for certain reasons and conditions.

The authority has started preparing for the first batch (Jan 6, 2018), where they will be subject to medical examination and other checkups to determine their preparedness and fitness for the service. A drafter will serve for the first time for a year and will be summoned ten more times, without specific timing. The conscripts will be subjected to practical and theoretical military training, in addition to courses in medical aid and fire fighting.

Legal advisor at the authority, (ret col) Dr Falah Al- Enezi said most cases of abstaining from the military service are classified as misdemeanors and others are felonies such as failing to show up for the service in emergencies and wars. Such a crime is punishable by five years in prison or fines reaches some KD 10,000 ($33,000). However, the law exempts some cases for health, social, educational or humanitarian reasons.