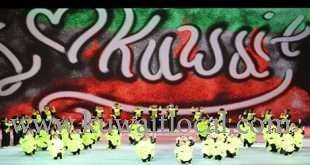 This year, the majority of Kuwaitis planned to spend the national holidays in Turkey, Dubai, Bahrain and Sharm Al- Sheikh, while a small segment chose to perform Umrah, reports Al-Rai daily.

Tourist experts revealed that the number of days off without long-distance destinations, except London, was limited to nearby countries with flight duration of not more than three hours.

They confirmed the number of passengers increased this year compared to the same period last year, which has caused an increase in airline ticket prices by 50 percent, while hotel prices have increased by almost 30 percent. “Turkey comes first in terms of bookings,” said Robert Hayek, General Manager of Bodai Aviation Group. “This is due to the fact that a large number of citizens own properties there, coupled with the beauty of nature, climate trends and moderation at the moment. Add to big offers by hotels throughout the country.

He said Dubai, one of Kuwait’s favorite destinations, was second in terms of bookings. He revealed that Manama was a surprise, as it witnessed a remarkable turnout, with most of the hotels there focusing on the Kuwaiti market during the holidays through offers that meet their needs.

Many Kuwaitis have taken advantage of this opportunity, he noted. He also said London remains the preferred long-term destination for Kuwaitis, although the number of travelers during this period is few due to the short duration of the vacation. For his part, Samir Aweys- General Manager of Rum Box said the demand for travel during the national holidays increased ticket prices by 50 percent and hotels by about 30 percent. He pointed out that Dubai remains an exception to this standard, because of the large number of flights operated by various airlines to that place, indicating the rise was not like the rest of the countries. He explained the behavior of Kuwaiti passengers has changed over the past few years due to the difficult economic situation in the region.

Therefore, they do not like traveling in a short holiday to save their expenses until summer vacation to enjoy a long and beautiful holiday. He added that large numbers of customers are booking airline tickets and hotels through famous international sites, because they may be a little cheaper than the travel offices. At the same time, he pointed out that they will not find anyone to review the ticket in the event of emergency if they want to change their bookings. He stressed that changes will be very costly in such events since the sites exploit the needs of consumers.

Branches Manager at Musa’ed Al-Saleh Travel Company, Eman Zuwaita confirmed that that most of the flights had become “full”, prompting companies to raise prices by more than 50 percent. “Dubai is the second most popular destination for Kuwaitis during the short holidays,” she said, adding that Sharm Al-Sheikh and Cairo have won a large share of travelers with many offers from hotels there.