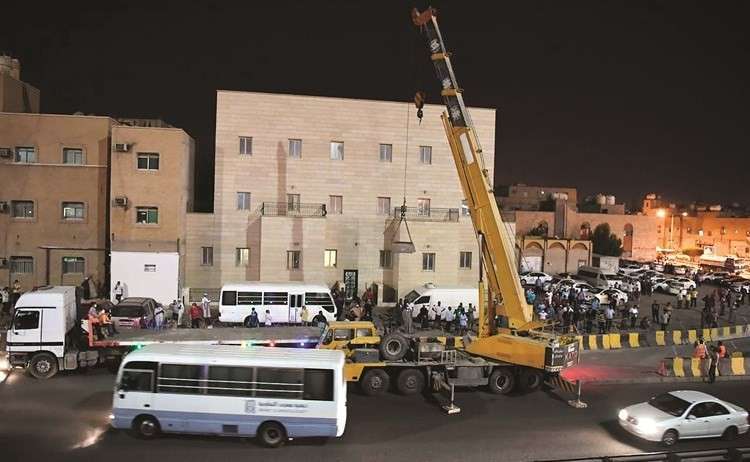 Mahboula and Al Jleeb areas will be free from isolation which lasted for more than three months in a row. The Ministry of Interior continued its efforts to secure the two area as well as manning traffic, entry and exit, and provide them with all needs.

Mahboula area which is inhabited by about 4,000 Kuwaiti citizens and 190,000 expats was under strict security monitoring where all exit and entry points were tightened by security authorities to prevent anyone fleeing the area. Buses and other vehicles were strictly checked only those who had entry and exit curfew permits were allowed.

A security source confirmed that the preparations are in full swing to de-isolation by removing security barriers and fences and also dismantling check points which were set.

He added, “Thursday morning people of the isolated areas will be able to move and lead their lives normally while adhering to the curfew hours which has been set in Kuwait.”

In Jleeb Al-Shuyoukh, the scene was not different, as a group of expats expressed their happiness at the relief of the crisis and the end of isolation, and their optimism about the return to normal life, the resumption of business, and the visit their friends and relatives in other regions. The security points and continued their normal work reports Al Rai.

Kamal Mohamed said it is feeling of great joy for all the residents in the area which was under isolation for more than 3 months. He expressed his eagerness to get out of the area.

Farhan Al-Fadhli thanked the security men for their great efforts in implementing isolation in the region, and their humane interaction with its residents, citizens and expatriates, pointing out that the isolation was in the interest of the people of the area first and for the people of Kuwait in general. Thousands of expats from the various nationalities after contacting with each other lead to an unfortunate health disaster.