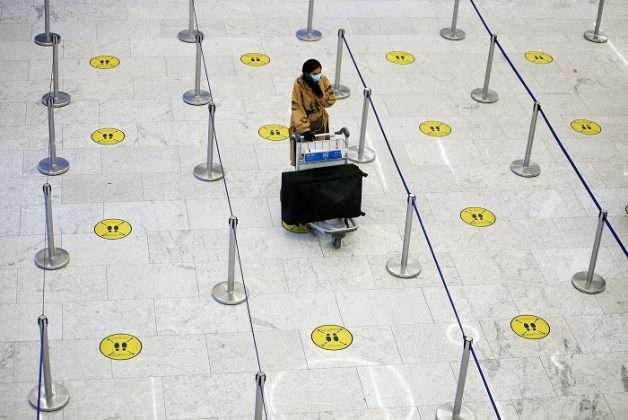 The unwelcome arrival of SARS-CoV-2 virus in Kuwait early this year, along with the persistently low oil prices since then, have dealt a double whammy to the country’s economy. Though the virus-linked lockdowns, curfews and business closures that began in March were lifted by mid-August, the economy continues to dawdle with no signs of a respite any time soon.

Lack of any meaningful measures from the government to revive the economy has tempered any hopes of a quick recovery. While the authorities and the Central Bank, in coordination with local banks, did launch several monetary and liquidity stimulants at the start of the pandemic, including a six month debt repayment deferral, there has been very little fiscal support since then. The  stimulus package that Kuwait has mustered so far in response to the pandemic has also been one of the smallest among oil-rich Gulf Cooperation Council (GCC) states.

Nearly four months after the country hesitantly lifted restrictions imposed in response to the pandemic, individuals and businesses are still struggling to find their footing. With 875 deaths and more than 141,000 infected cases, the impact of COVID-19 crisis on Kuwait is being felt everywhere. Consumer sentiment remains muted, discretionary spending at retail outlets is perfunctory, and service purchases in the travel and hospitality industry is almost non-existent.

In the meantime, the government appears undecided on how to go about financing its mounting deficit and waning liquidity. Having failed to get legal authorization from parliament for its debt law, the expectations were that the Cabinet would issue an emergency decree to pass the bill in the interim period between parliament sittings, based on Article 71 of the Constitution. But such an assumption has so far failed to materialize and the general consensus now appears to be that the Cabinet is waiting for results from the elections scheduled for next week, and the swearing in of a new parliament, before deciding on its debt-financing plans and other fiscal policy initiatives.

Procrastination is never a strategy and, notwithstanding its copious sovereign wealth fund reserves, time is a luxury that Kuwait can ill-afford. A mounting budget deficit that in fiscal-year 2020-21 is expected to reach 40 percent of GDP — the highest since the country’s liberation in 1991 — needs an urgent response. The General Reserve Fund (GRF), which has been funding recent budget shortfalls has all but depleted its liquid assets — the need for liquidity is immediate.

In August, the Finance Minister Barak Al Sheetan, while urging parliament to pass the debt bill, warned that the liquidity crunch would make it difficult to pay government employees beyond the year. Since then, the parliament term has ended and the finance ministry has had to resort to various stop-gap measures to meet immediate expenses, including by curbing optional spendings and trimming ministry budgets by 20 percent.

Since the previous parliament in its infinite wisdom chose to deny the government request to borrow on the debt market, the authorities appear in a quandary. However, in a rare conciliatory gesture, lawmakers did give their approval for the government to change  the law mandating the transfer of 10 percent of annual revenue to the Future Generations Fund (FGF). The fund, which was set up to act as a buffer to ensure continued revenues if and when oil income runs dry, will now receive the annual transfers only in those years when the budget is a surplus. This has given the government a short lifeline by freeing up over KD3 billion in accrued money that would have otherwise gone to the FGF.

However, analysts warn that waiting for a new parliament to convene to pass the debt bill and to introduce policies to ease the liquidity drought, or implement other much-needed reforms, is really not worth waiting for. There is no guarantee that the new legislators sworn in to the 16th legislative term will be any more pliable to government requests than their immediate predecessors. There is a good likelihood that the new parliament will also move sluggishly when it comes to progressing economic, financial and administrative reforms needed to improve the country’s business climate and diversify the economy.

In the meantime, Kuwait was downgraded for the first time by Moody’s Investors Service in September. In its decision to lower Kuwait’s rating, Moody’s pointed to the government’s perceived “liquidity risks” and shortcomings in institutional strength. Moody’s now ranks Kuwait two steps lower than Fitch Ratings and one below S&P Global Ratings, which lowered its own assessment of the country in March for the first time ever.

According to Moody’s projections, Kuwait will need a net sovereign issuance of up to KD27.6 billion to meet the government’s funding requirements between the current fiscal year and the fiscal year ending March 2024. Since its debut Eurobond in 2017, the government has been unable to win parliamentary approval for a new debt law that would have allowed it to borrow up to KD20 billion across 30 years from local and international debt markets.

Challenges faced by the government in addressing the fiscal deficit have been only exacerbated by the drop in oil prices since March, as well as the need to continue complying with the production cuts mandated by the Organization of Petroleum Exporting Countries (OPEC). In June, Kuwait cut its oil output to a record 16-year low of 2.09 million barrels per day to fulfill its commitments to OPEC policy.

The pandemic has caused international oil prices to sink to their lowest level in nearly two decades, with the price of Brent crude dropping 65 percent to its worst level in history during first-quarter of 2020.  In response, OPEC and its allies (OPEC+) agreed in April to a historic cut of 10 million barrels per day (mbpd). The cuts would remain for two months starting May, before easing to 8mbpd for the rest of 2020, and 6mbpd from 2021 until end of 2022.

The Organization is scheduled to hold its next meeting on 29 November and expectations are that the planned opening of the oil-tap for an additional 2mbpd from 1 January 2021 could be delayed. The decision could see Kuwait continuing to be saddled by both lower production and possibly lower oil prices in the months ahead. Industry experts note that prevailing oil prices are only around half of the $86 per barrel that Kuwait needs to break-even.

With oil revenues accounting for nearly half of the country’s GDP and over 90 percent of its export and incomes revenues, the stubbornly low oil prices have impacted the country more than its other hydro-carbon rich GCC neighbors.  In October the International Monetary Fund (IMF) projected that Kuwait’s economy would shrink by 8.1 percent in 2020, down from a previous April forecast of a 1.1 percent contraction, mainly on the worsening outlook for oil prices.

In mid-September, in view of the economic repercussions from the ongoing pandemic, the Ministry of Finance amended its estimates for the 2020-21 budget, with revenues projected at KD7.5 billion and expenditures at KD21.5 billion. While announcing the amendments, Minister Al-Sheetan said that Kuwait’s budget deficit,  which  increased 69 percent to KD5.6 billion dinars in the last fiscal year, is expected to more than double to KD14 billion in the current fiscal year ending 31 March 2021.

Underscoring that expenditures on subsidies as well as public sector salaries and allowances accounted for 76 percent of the aggregate expenditure, Minister Al-Sheetan hinted that this was unsustainable and untenable in the long term. But reforming public sector salaries is a red-line that parliamentarians of every ilk have vowed to stop the government from disturbing. The former finance minister, Mariam al-Aqeel, resigned her post in February after coming under fire for suggesting the government close its deficit by taxing citizens and cutting salaries.

The resistance to impinging on public sector wages or scaling back the bloated subsidies to citizens, comes from the social contract that dates back to Kuwait’s independence in 1961, and its new dependence on an oil wealth fueled welfare state. The fact that over the decades since independence, times have changed, oil prices have fallen, revenues have dwindled, and expenses have soared, makes no difference to a molly-coddled citizenry long accustomed to the state taking care of their cradle-to-grave needs.

However, unless the government can come up with a robust fiscal policy response to the prevailing low oil prices, to the diminishing GRF, to resolving the pending debt bill, and tackling the economic impact of the ongoing pandemic, Kuwait could very well be looking to welcome a bleak year ahead. Nevertheless, hope springs eternal, and public expectations are that oil prices will once again pick up in the coming months and everything will go back to ‘normal’. But hinging on hope alone is not something that a country should be gambling its future on.