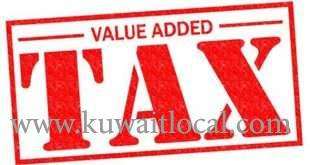 Lawmakers have rejected the Valued Added Tax (VAT) Bill passed recently by the GCC Council of Ministers, indicating they will not follow in the footsteps of their counterparts in other GCC countries as the bill will negatively affect citizens.

MP Riyadh Al-Adsani affirmed his objection to any tax bill including VAT, asserting the bill is included in the government’s work program so he might grill the prime minister based on the general policy of the government and other issues such as the soaring prices and impact on citizens, especially those with limited income.

He stressed that he outrightly rejects any attempt to empty the pockets of citizens and consumers in general through decisions to increase fees for public services and impose taxes. He urged the government to reduce its expenses instead of raising fees for services and imposing taxes.

Benefit
He believes some traders and companies will benefit from VAT at the expense of consumers; hence, the Parliament must prevent implementation of the tax bill similar to what it had done earlier with the proposal to increase electricity and water charges.

He also emphasized the need to activate the oversight role of the Parliament, considering the governmental decisions that add to the financial burdens of citizens. He said price hikes based on poor decisions will negatively affect the budget of Kuwaiti families.

MP Abdulkarim Al-Kandari pointed out that public services must be improved first before taking into consideration the implementation of VAT. He argued only the citizens will shoulder the five percent VAT on goods and services; while it will be beneficial to companies and establishments which, in turn, will increase the prices of their products because of the State’s inability to curb prices and fight against commercial fraud. He added the legal system in the country cannot control competition, break monopoly and combat fraud. “If VAT is applied in other Gulf countries, why should we do the same in Kuwait? Our situation is special because we have a parliament and the resolution is not applied forcibly.

If there are international reports on the need for taxation to reform the economy; the same institutions have also issued reports on rampant corruption in the country and this cost the State treasury about one billion Kuwaiti dinars,” he added.

Impact
He suggested reducing deficit, wastage and corruption as such steps will have a positive impact on the State budget rather than touching the pockets of citizens. MP Hamoud Al-Khudairi said it is regrettable that the government is, once again, taking decisions which negatively affect citizens.

He added the government must realize that the Parliament will not pass its draft laws if they affect the income of citizens. He pointed out the country has its own way of dealing with agreements and draft laws passed by the Gulf Cooperation Council. “We have an elected parliament which represents all Kuwaitis. We cannot approve draft laws which work against the interests of citizens,” he clarified.

MP Khalil Al-Saleh said the government should not hasten towards taking measures to increase prices under the pretext of economic reform, asserting that VAT is unacceptable. MP Faisal Al-Kandari voiced the same sentiments, claiming the implementation of VAT will lead to other steps against citizens who continue to suffer due to the rising cost of living.