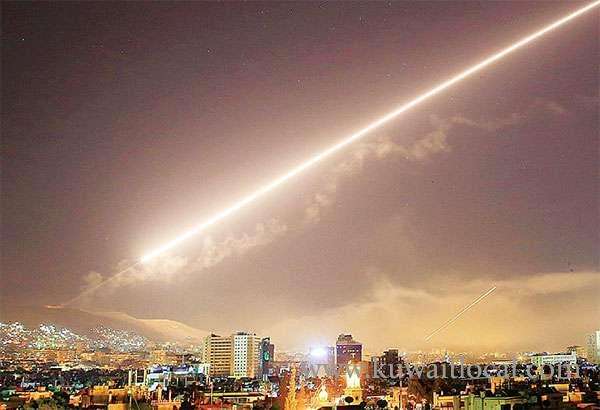 The State of Kuwait has followed up, with deep concern and alarm, latest dangerous developments in Syria namely the military operations, carried out as a result of the Syrian authorities’ use of internationally prohibited chemical weapons, an official source at the Foreign Ministry said.

The developments have taken place due to undermining the international community’s efforts to reach a political solution to the over-seven-year bloody political conflict in Syria, which left hundreds of thousands of people dead and several other millions homeless, the source added.

Alarmed at this serious escalation, the State of Kuwait calls on the UN Security Council (UNSC) members to set aside their differences and to show united positions instead, in order to boost their capabilities of shouldering their historic responsibilities for maintaining international security and stability, the source said.

The State of Kuwait, aware of the magnitude of the hardships suffered by the brotherly Syrian people and the dangers posed by the continuation of the strife, has sought through its non-permanent membership at the United Nations Security Council, and in cooperation with Sweden, to adopt Resolution 2401, calling for a cease-fire and allowing delivery of humanitarian aid to those in need in Syria. However, regretfully this resolution has not been implemented due to obstructions placed by “forces on the field,” the source noted.

Kuwait Airways said on Saturday it would resume all flights to Beirut on Sunday after a three-day suspension due to warnings about flying close to Lebanese airspace.

In a statement carried by the state news agency KUNA, the company said “the reasons that caused the suspension have been removed.” Cyprus authorities made the warning on Thursday, the company said, following an announcement two days earlier from Europe’s air traffic control agency that asked carriers flying over the eastern Mediterranean to exercise caution due to air strikes into Syria.

US, British and French forces struck Syria with more than 100 missiles on Saturday in the first coordinated Western strikes against the Damascus government, targeting what they said were chemical weapons sites in retaliation for a suspected poison gas attack.

US President Donald Trump announced the military action from the White House, saying the three allies had “marshalled their righteous power against barbarism and brutality”. Later he tweeted: “Mission accomplished”.

The bombing represents a major escalation in the West’s confrontation with Assad’s superpower ally Russia, but is unlikely to alter the course of a multi-sided war that has killed at least half a million people in the past seven years.