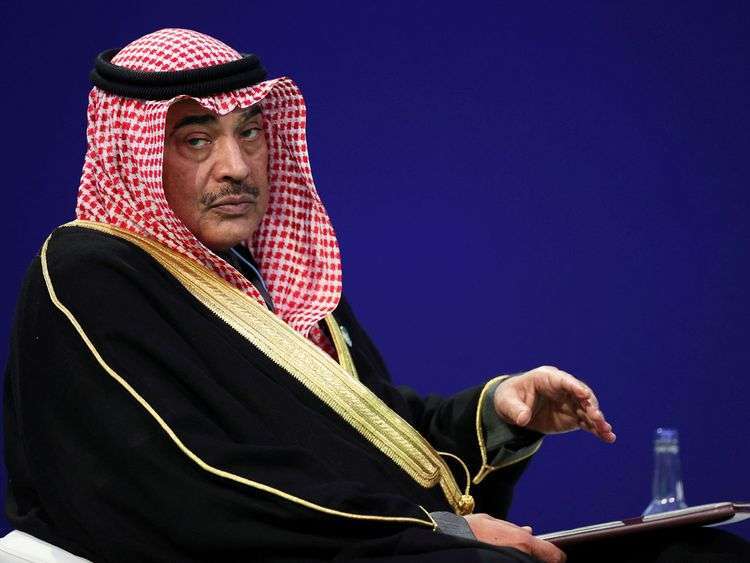 His Majesty Sheikh Sabah Khaled Al-Hamad Al-Sabah, the Prime Minister of Kuwait, spoke at the World Government Summit in Dubai, United Arab Emirates, on Wednesday, advocating for collaborative global action to improve people's quality of life. His Highness the Prime Minister called for a swift international reaction and concerted government measures to pave the way for all nations to improve their quality of life.

The launch of the "national center for economic knowledge," tasked with several goals for establishing a robust and advanced economy in line with Kuwait's vision of 2035, provided the foundation for government know-how.

In addition, in collaboration with the World Bank, it is working to create and implement a knowledge index for public institutions to measure the gaps between their performance and outcomes, His Highness the Prime Minister said. He expressed delight at the prospect of proposing the index as a Kuwaiti initiative, sharing other countries' expertise and potentials in order to improve the performance of governments, their apparatuses, and institutions.

His Highness Sheikh Sabah Khaled, the Prime Minister of the United Arab Emirates, welcomed Sheikh Mohammad bin Rashed Al-Maktoum, the UAE Vice President, the UAE Prime Minister, and Dubai Ruler, as well as the attending ministries and other dignitaries.

His Majesty In the face of many crises, wars, and the ongoing growth of information technology, Prime Minister Sheikh Sabah Khaled emphasized the necessity for a more thorough evaluation of governments' roles in the future. Climate change, water scarcity, geopolitical strife, demographic changes, poverty, health crises, economic and financial issues are among the major challenges facing governments in the twenty-first century; thus, a rapid response is required, as well as inter-governmental efforts, to stem the repercussions of these issues and seek to transform them into promising opportunities that may improve people's quality of life, His Highness the Prime Minister of the State of Kuwait pointed out.

He has stated that improving living quality may be achieved through technology advancements, global economic integration, the expansion of a network of sustainable cities, and the use of clean energy. His Highness the Prime Minister Sheikh Sabah Khaled called for restricting the exploitation of nations' resources in order to maintain a stable and secure future for future generations.

In terms of climate change, he stated that Kuwait is working to implement the Paris Climate Agreement at the national level in order to reduce carbon emissions between 2015 and 2035.

Furthermore, Kuwait has chosen solutions for the use of renewable energy, the replacement of fossil fuels with liquefied gas, the construction, and refurbishing of oil refineries to create clean fuel, as well as the state's adoption of a strategy to achieve low carbon emissions by 2050.

He has stated that governments' duties are evolving in terms of empowerment and capacity building, rather than operating and administering, in the face of extensive use of know-how and advanced technological innovation. He emphasized the necessity for governments to share a single vision in order to improve and revamp business settings, economic, social, and environmental systems.

Setting up and updating the knowledge economy, the digital economy, innovative structures, and networks of scientific research centers are among the government's modern-day tasks, in addition to improving the quality of life, so that they can face challenges and meet the requirements of the third millennium. Furthermore, he stated that such an approach would allow for the spread of principles of honesty and liberty. Kuna –