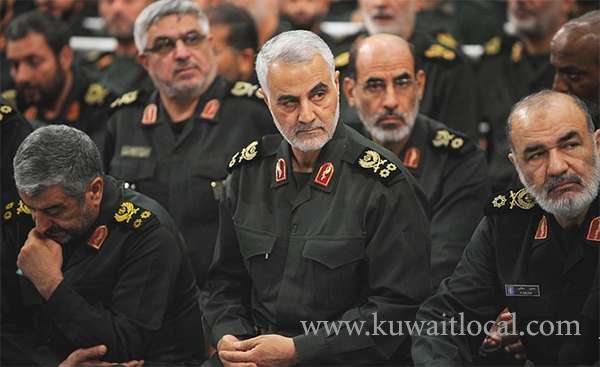 A military source has denied reports that the National Guard at the Ali Al-Salem Airbase participated in the assassination of Qassem Soleimani — an Iranian Major General in the Islamic Revolutionary Guard Corps and, from 1998 until his death in 2020, commander of its Quds Force, a division primarily responsible for extraterritorial military and clandestine operations, reports Al- Seyassah daily.

Speaking to the daily, a reliable source called the Iranian statements untrue allegations and has nothing to do with reality. The source added, the Kuwait Army had rubbished the report which appeared in the social media.

Meanwhile, the Al-Anba daily said military and all security forces are in the process of deploying security men at all vital installations to ensure safety, security and stability in the country following events that have happened in Baghdad — bombing between Iranian and American forces in the aftermath of the killing of Soleimani.

The sources added that there is a process of monitoring and control by the security and military sectors around the clock and have raised the level of readiness of all concerned agencies around important and vital installations in the country.

This is in addition to tightening and monitoring security at all land, sea and air borders to make the country safe from any attacks five the volatility of the region. The sources indicated that the state of readiness in the Army and the National Guard has been raised to the Level ‘3’ — which is the full alert and preparedness of the forces.