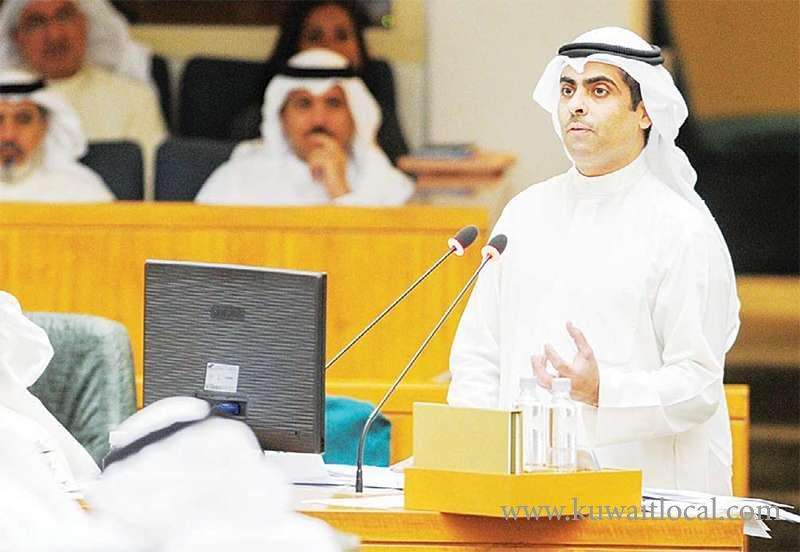 Rapporteur of the parliamentary Budget and Final Accounts Committee MP Riyadh Al-Adsani quoted State financial institutions as saying that the financial standing of the country is solid, especially the future generations reserves.

He stressed the need for the country to implement tough financial policies and adopt a sound decision making mechanism to ensure the general reserve remains intact and to prevent unnecessary expenditures, considering the government is clearly struggling with the implementation of its rational spending policy.

He said the information disclosed by government officials showing significant decline in the value of general reserves from KD21 billion to KD7 billion and actuarial deficit of KD19 billion at the Public Institution for Social Security (PIFSS) are inaccurate.

He claimed the value of the general reserves is more than what has been disclosed while the deficit is only KD17.4 billion, asserting PIFSS has no deficit. He added the country owns considerable quantity of assets which should be managed correctly. He urged the government to correct a large number of violations in its expenditures by taking into consideration the recommendations of the Parliament and other concerned financial institutions.

Furthermore, he urged the government to focus on State investments and abide by Article 20 of the Constitution which stipulates the economy is based on social justice; its foundation is balanced cooperation between public and private enterprises; its aims are the realization of economic development, production increase, improvement of the standard of living, and ensuring citizens’ prosperity and welfare within the confines of the law.

Furthermore, MP Homoud Al-Khodair submitted several queries to Minister of Public Works Jinan Boushehri on the preparations for the coming rainy season. He said the minister previously disclosed that repairs of damages caused by the 2018 heavy rainfall crisis and preparations for the next season started in April and will conclude before the end of the year.

Therefore, he asked about the date of completion and obstacles, if any. He also wants to know the steps taken in view of parliamentary committee’s reports confirming that the capacity of the sewage system is inadequate for the recent amount of rainfall. Since Sabah Al-Ahmad City is considered the most vulnerable to heavy rains, he asked about the government’s approach in addressing issues raised by the State Audit Bureau, measures taken to address inadequacies in infrastructure, and if any official has been held responsible for shortcomings that led to the flood crisis.