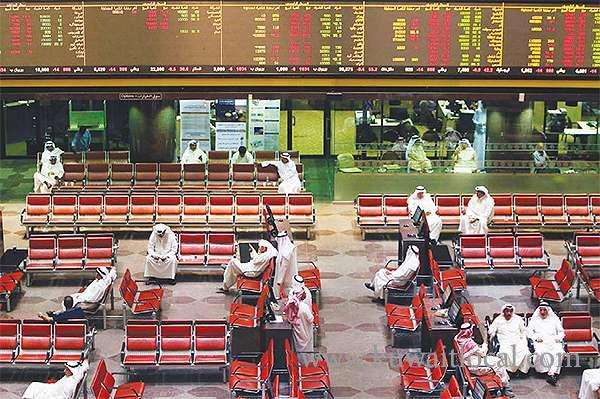 The volume turnover meanwhile sank to a multi-month low. Over 68 million shares changed hands – a 20 pct dip from the day before. All the sectors closed in red. Consumer Good, the worst performer skidded 1.81 pct while Basic Materials showed the smallest loss with 0.14 pct fall.

Financial Services topped the volume with 27.6 million shares while Banks dominated in value with KD 6.9 million. Among the prominent losers, Kuwait Finance House slipped 6 fils to 668 fils after trading 2.7 million shares while National Bank of Kuwait fell 3 fils to 941 fils with a volume of 1.6 million. Humansoft Holding dipped 23 fils after shedding 75 fils during whole of September and Mabanee Co gave up 7 fils. Zain dropped 7 fils to 531 fils after pushing 1.3 million shares at the counter while Ooredoo climbed 5 fils to 720 fils.

Kuwait Telecommunications Co (VIVA) was down 21 fils at 726 fils and Agility ticked 1 fil lower to 720 fils. The market opened weak and drifted lower in early trade. The main index continued to erode as selling weighed on most of the heavyweights and plumbed the day’s lowest level of 5,635 points in the final minutes. However it slightly pared the losses at close. Top gainer of the day, Taamer rallied 12.82 pct to 22 fils and Munshaat climbed 9.9 percent to stand next.

QIC tumbled 10 pct, the steepest decliner of the day and Aayan topped the volume with 5.2 million shares. Reflecting the day’s slide, the market spread was skewed towards the losers. 33 stocks advanced whereas 59 closed lower. Of the 109 counters active on Wednesday, 17 closed flat. 4,287 deals worth KD 12.7 million were transacted during the session. National Industries Group fell 3 fils to 221 fils after moving over 2 million shares at the counter and while Integrated Holding followed suit to close at 409 fils. Boubyan Petrochemical Co tripped 1 fil and Al Qurain Petrochemical Co clipped 2 fils before settling at 310 fils.

Kuwait Real Estate Co trimmed 0.5 fil and National Real Estate Co dialed up 1.5 fils. Salhiya Real Estate shed 4 fils and AREEC was down 7 fils at 130 fils. Sanam Real Estate clipped 2.7 fils and Mazaya Holding tripped 0.7 fil. The bourse has been trending lower so far during the week sliding 75 pts in last four sessions. It had dived 252 during whole of September and is trading 558 pts higher year-to-date. Boursa Kuwait, with 176 listed stocks, is the second largest market in the region.