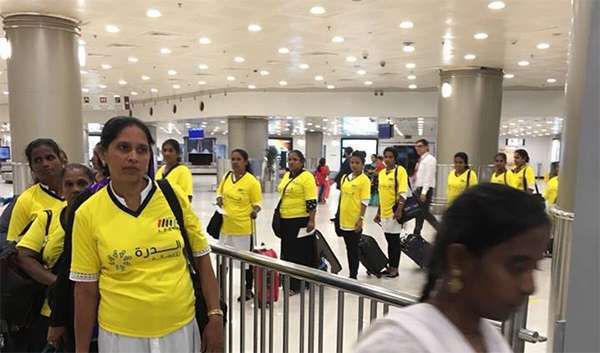 Domestic worker shortages have been a source of contention, obsession, and headache for Kuwaiti families prior to the spread of the Covid-19 pandemic and during Ramadan, because in most cases, workers either flee from sponsors' homes or are sheltered by a small group of unscrupulous elements, or for a variety of other reasons.

In the midst of all of this, a local Arabic daily reported that the burden on Kuwaiti housewives has increased due to the high cost of recruiting domestics, which has reached 1200 dinars despite the ceiling being set at 900 dinars, and much of the blame is attributed to recruitment agencies for exaggerating hiring costs, among other factors that have made the permanent domestic workforce obsolete.

Some domestic labour recruitment office owners attribute this phenomenon to three main factors: a lack of vigilance in enforcing the law punishing sponsors who shelter fugitive workers; a lack of emphasis on real estate owners not to rent apartments to domestic workers because many of them are criminals; and the conditions imposed on families to recruit domestic workers, forcing them to seek assistance from domestics who have escaped from their families.

Many Gulf countries, according to some, provide entry visas for everyone for three months, during which time the person can look for work and transfer visas on their sponsorship if the sponsor finds the person suitable, including domestic workers, and also because they find Kuwait's labour market unattractive, particularly for foreign workers.

It is also claimed that some domestic workers are duped and that once here, they discover that the terms and conditions of employment are not the same as advertised, that they prefer to return home after the term of their contract expires, and that if approved, she requests to travel through specific Gulf countries or agrees to bear the cost of her ticket to reach her destination.