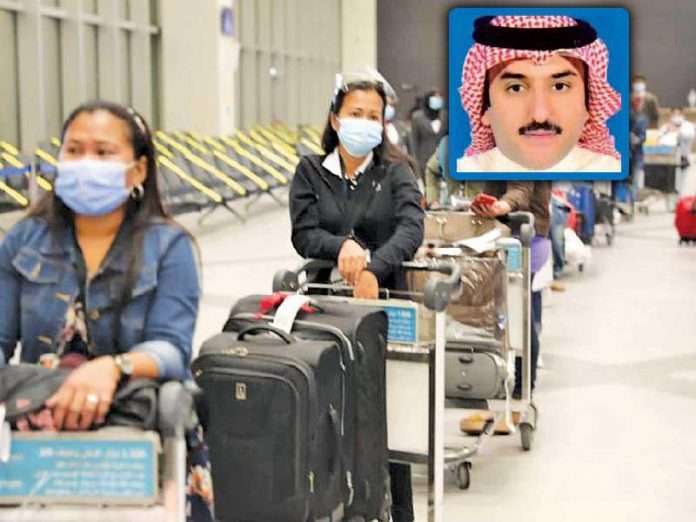 Kuwaiti citizens intending to recruit Filipino domestic workers would have to have a minimum salary of KD 1000 for a family of three members, Arabic daily Al Jarida reported recently adding that the new conditions were put in place by the Philippine embassy.

The paper stated that these conditions were put in place so as to ensure that the household could afford the domestic worker and pay her salary on time and adhere to the terms of the contract and to provide a decent life to the worker.

Bassam Al-Shammari head of the voluntary committee to follow up on the status of domestic workers said that the decision was taken after noticing that non-payment of salary and delay in payment were among the most notable complaints received by the embassy.

The suspension of recruitment for more than a year were due to several complaints being received on this including mistreatment and the embassy had to ensure the wellbeing of their citizens by setting new terms and conditions.

Al Shammari said these new conditions would ensure Kuwaits image being protected in the eyes of the international community as well as reduce disputes between the employer and employee.

Al-Shammari stated that domestic recruitment offices suffer from a lack of recruitment requests from Manila, due to the reluctance of female workers there to come to the country, preferring other neighbouring countries, for several reasons, foremost of which is the administrative deportations that take place in Kuwait, even before the completion of the contractual period, and not allowing them to transfer.

Al-Shammari presented several urgent solutions to ensure the stability of the domestic labor market, including the need to request a 6-month guarantee in return for the employer’s commitment to the terms of the contract, and the need to activate the “clearance” before the worker travels, by making sure that she receives her full rights.