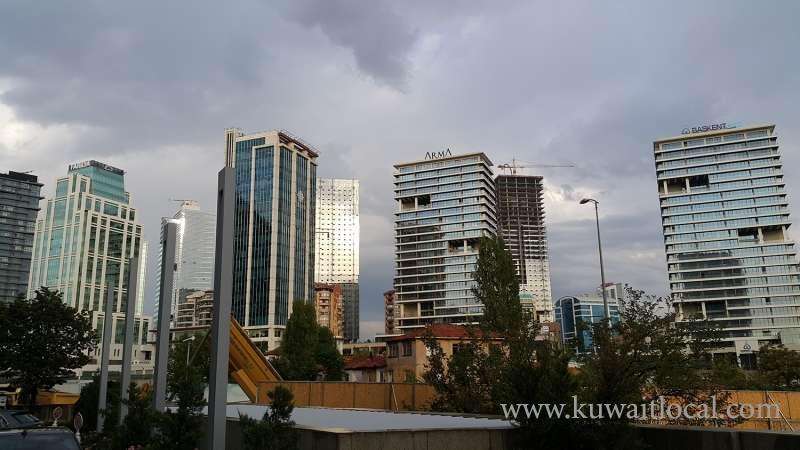 Kuwaiti nationals were placed third in the acquisition of Turkish real estate behind the Iraqis and the Iranians for the month of September, said an institute in Turkey on Friday. According to the Turkish Statistical Institute, Kuwaiti nationals purchased 360 real estate units last September behind the Iraqis, who topped the list with 1,351 units, and the Iranians with 538 units. Saudi and German nationals came in fourth and fifth positions with 312 and 299 units respectively.

The total number of real estate sales for foreign nationals in September reached 5,615, an increase by 151.1 percent from numbers in the same period last year. Istanbul was the focal point of purchases with 1,779 real estate units sold, followed by Antalya with 1,038 units, Bursa 424 units, Ankara 386 units, and finally Yalova with 333 units. As for the tally of sold real estate throughout Turkey, the institute indicated that September sales were down by 9.2 percent from last year’s number with some 127,327 units sold in Turkey.

Again, Istanbul came first within this list topping sales with 20,216 units, followed by Ankara with 11,368 units, and Azmir with 6,207 units. Hakkari was in the bottom of the list with only 13 real estate sold. The race to purchase real estate in Turkey was mainly due to drop in the exchange rate of the Turkish lira which witnessed a sharp decline since the beginning of last August when it lost as much as 30 percent of its value in a few days from 16.5 lira to a dinar to up to 23 lira on Aug 13.