<![endif]-->
Advanced Search
Kuwaitis Are ‘more Satisfied’ With Their Conditions Than Citizens Of The Other Nations In The Region
Category: Kuwait 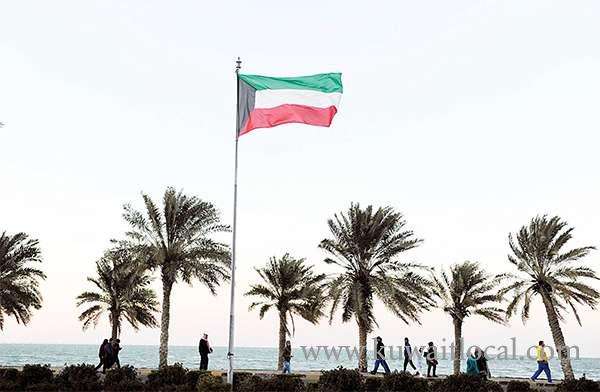 The initial results in a recent opinion poll conducted by the “Arab Barometer” showed that Kuwaitis are more satisfied with their conditions than citizens of the other nations in the region, adding three quarters of Kuwaitis feel the country’s economy is good and half of them expect the economy to get better, reports Al-Rai daily.

The survey conducted in April and May 2019 in conjunction with the prestigious American Princeton University involved over 1,300 male and female respondents who revealed that about half of Kuwaitis are confident with their government, and more than three quarters have confident in the justice system.

It differs from the one which was recently conducted for the British Broadcasting Corporation (BBC), which said three quarters of Kuwaitis believe that their country is on the path of becoming a full democratic country and that the majority of citizens consider democracy is suitable for Kuwait.

The number of Kuwaitis who want to see improvement in Kuwait’s foreign relations with the United States of America decreased from half to one-third whereas the popularity of Saudi Arabia has increased among Kuwaitis- of which 60 percent prefer the strengthening of relations with KAS, followed by Qatar.

Iran came at the bottom in terms of popularity in Kuwait – as only one out of ten Kuwaitis prefer to see stronger relations with the nation, given that 40 percent of Kuwaitis feel Iran poses threat to Kuwait, whereas only 13 percent feel that Israel poses more threat to their country, and 7 percent see the US as posing more threat.

In media consumption, the survey indicated that newspapers still attract readers despite the spread of E-newspaper, as 26 percent of the respondents spend about two hours or more daily in reading newspapers, and one percent spend more than five hours.

However, one percent was unable to determine the time they spend daily in reading the newspaper. “This means 27 percent of Kuwaitis are still eager to read printed newspapers and rate could reach about 33 percent, which is one-third of those who do not constantly read the newspaper”, the survey showed.

The Arab Barometer is a nonpartisan research network that provides insight into the social, political and economic attitudes and values of ordinary citizens across the Arab world.

This research network has been conducting high-quality and reliable public opinion surveys in the Middle East and North Africa since 2006, and considers itself the largest repository of publicly available data on the views of men and women in the MENA region, and that its findings give a voice to the needs and concerns of the Arab public.