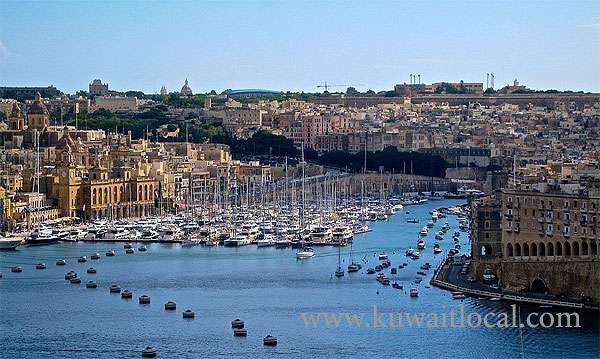 Two Saudi families comprising 62 members who are said to have acquired the Maltese citizenship costing millions of Euros, are entitled to be citizens of the European Union, reports Al-Rai daily quoting The Times of Malta.

However, the lists which have been acquired by the daily that were published in the Maltese Official Gazette includes the family names of those who have got the Maltese nationality in 2016 and 2017.

A reliable source indicated the lists include also names of well-known Kuwaitis. Sources have asked if the “Kuwaitis who have acquired Maltese nationality have renounced their Kuwaiti citizenship or have become dual nationals since Article 11 of Kuwait’s Nationality Law No 15 of 1959 stipulates that “A Kuwaiti loses his/her nationality if a foreign citizenship is acquired.”

However, the issue is said to have sparked a widespread controversy because of the investment program which has been launched by the Maltese government to offer citizenship in return for money, or rather sell the citizenship. This has been widely criticized in certain quarters.

According to the 2017 list of new Maltese citizens, which was published a few days ago by the Maltese government most of the Saudis who acquired the citizenship are minors and have not even set foot on the Maltese soil.

The investment program launched by the Maltese government in 2014 allows the sale of Maltese citizenship for 650,000 Euros (approximately 225,000 Kuwaiti dinars).

The Maltese authorities are said to have refused to respond to requests to public details of foreigners’ access to citizenship, including their full names or money paid, and pointing out that those who purchase Maltese passports do not often wish to make this fact known especially to their governments.