<![endif]-->
Advanced Search
Kuwaiti Women is at forefront of change since formation of the country
Category: Kuwait 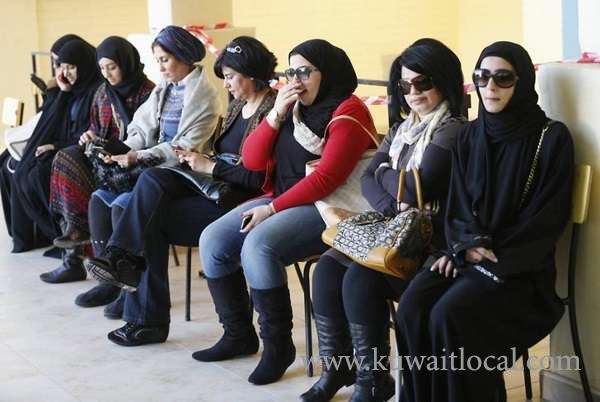 Kuwaiti Women have been an integral part of Kuwait’s social fabric, right since the formation of the country and the establishment of its institutions. They helped build many aspects of Kuwaiti culture, from maintaining a close-knit family to passing on cultural traditions, and then participating in social initiatives to cement their rights and presence in the country.

It was only with the opening of the first private school for girls in 1926, that women began to learn reading and writing. Public schooling began in 1937 and though enrollment of girls was initially low, by 1940s many young Kuwaiti women were enrolled in primary schools.

With the modernization that began following the discovery of oil in the 1930, women in Kuwait experienced many changes to their social status. In the 1950s their access to education and employment increased dramatically and it was often women themselves who pushed for these educational advances and opportunities. In 1956 a group of them rallied for their right to go abroad to study.

With education came a greater awareness of their role in society and in the late 60s early 70s there were calls and campaigns for women’s suffrage. Women frequently took their petition to parliament, which was however always rejected by the male lawmakers.

Over the years, overcoming overwhelming odds, women persisted in their demand to be heard and acknowledged, especially when they proved their capabilities in many fields that were previously male-dominated.

However, the 1990–91 Iraqi occupation was a pivotal moment in bringing about change in the role of women in society. The occupation caused an upheaval in social norms as women were in the forefront helping their Kuwaiti brethren, and being involved in attempts to thwart the activities of the occupying Iraqi army. This period, during which women served valiantly and sacrificed their lives in defense of the country, also served as a catalyst for the eventual liberalization of their political and social rights.

Through hard-hitting activism, Kuwaiti women persevered in the face of overwhelming opposition. In 1993, Nabila Al-Mulla was appointed the first female ambassador in the Gulf region. However, true political equality was not achieved until much later, after a protest was organized in the halls of parliament in 2004, and one year later, one of the largest demonstrations in Kuwait’s history was held.

It was the combined efforts of activists, lawyers, politicians, and citizens that propelled women into the political field with the grant of their voting rights on 18 May, 2005. The parliament granted women their voting right by a simple amendment that removed the word ‘men’ from Article 1 of the election-law.

For the first time in Kuwait’s history, women were able to apply their names as candidates in the snap elections that were called for in 2006. Though 32 women ran for parliament in this election, and again in the 2008 elections, though there were 27 women in a pool of 275 candidates, none managed to secure a seat. It was the historic elections held in 2009 that finally saw women gain representation in parliament with four women — Massouma Al Mubarak, Aseel Al Awadhi, Rola Dashti, and Salwa Al Jassar — being elected to parliament.

These four women will forever be honored in Kuwait’s history for their contribution in creating a path for the future generation of women to follow. Dr. Mubarak also had the distinction of being the first Kuwaiti woman to serve as a cabinet minister. The women MPs made substantial forward strides in parliament, drafting many new labor laws, including those that stipulated regulations on working conditions and workers’ rights, especially those for women.

From having no legal rights and forbidden from voting, to becoming a mainstay in the parliament and occupying many high level positions in various institutions, Kuwaiti women have traveled far.

Today, women in Kuwait have a far more secure position, with many laws being enforced to uphold their rights and dignity. And any form of discrimination is deemed unconstitutional and challenged in the courts. Kuwaiti women have also received accolades in the country and abroad for their work in social activism and for their success in various fields.