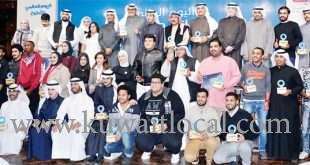 Kuwait has been and will remain a pioneering country in the field of volunteerism, said Kuwait’s Undersecretary of Ministry of State for Youth Affairs Sheikha Al-Zain Al-Sabah.

In a speech at a ministry’s celebration of the International Volunteer Day, held Tuesday at the Radisson SAS Hotel, Sheikha Al-Zain said that the Kuwaiti people are inherently penchant for the values of solidarity, volunteerism and altruism. The Kuwaiti society is strong and united because it is based on values of altruism, she said.

She lauded Kuwaiti volunteers’ enthusiasm for helping needy people worldwide. She stressed that Kuwait is a beacon of volunteerism. For her part, head of the volunteer work department at the Ministry of State for Youth Affairs Al-Anoud Al-Subaihi said that the ministry honors today volunteers who contributed to the ministry volunteer action and projects through the year. “We are proud of those impressive youth who volunteered willingly and freely to serve their society,” she said.

Agreement
She revealed the Youth Affairs Ministry had hammered agreement with the Ministry of Education to hold a volunteering competition in schools across the state. A total of 120 volunteers, government and civil society organizations were honored today in recognition for their role in promoting volunteerism and implementing voluntary projects.

International Volunteer Day (IVD) mandated by the UN General Assembly, is held each year on 5 December. It is viewed as a unique chance for volunteers and organizations to celebrate their efforts, to share their values, and to promote their work among their communities, nongovernmental organizations (NGOs), United Nations agencies, government authorities and the private sector. The IVD 2017’s theme “Volunteers Act First. Here. Everywhere,” recognizes the contributions of volunteers as first responders in times of crisis.