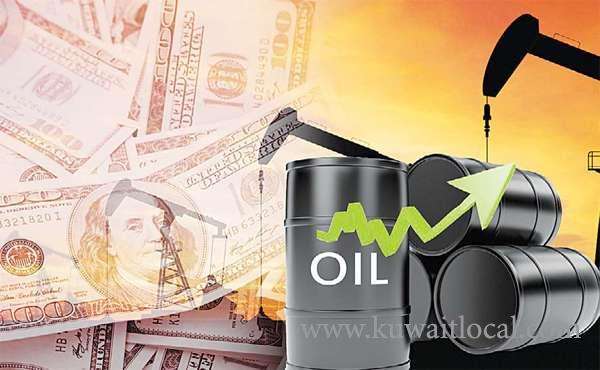 Kuwaiti oil analyst Mohamad Al-Shatti warned on Tuesday that Saturday’s attack on oil facilities in Saudi Arabia would have serious effects on the global oil and gas industry.

Al-Shatti predicted that Kuwait oil price would be between $65 per barrel to 75 pb in the “coming period.” In a statement to Kuwait News Agency (KUNA), Al-Shatti confirms that it is certainly inevitable that global markets respond to “such threats,” noting that the current limited rise in oil prices will be followed with gradual, further increase, in shadow of the large scale destruction inflicted at the crude sites and forecast time needed to restore normal operations at the damaged oil installations.

“Perhaps, rise of the price of Brent crude oil within the range of $5 to 15 a barrel is the closest in the current stage, and the rise towards $70 pb or more depends largely on speed of restoring normal production,” he noted. The attack on Al-Bqaia and Al-Kurais oil installations has a very serious impact on oil and gas trade worldwide, he said.

Saudi Arabia, the world third largest oil producer, has a capacity of untapped surplus of oil, estimated at two million barrels per day, thus Riyadh can ensure security of supplies and stability of markets, Al-Shatti clarifies. He said the attack “went beyond mere threatening the petrochemical industry to affecting production of gas and gas liquids, including ethane, although part of it can be offset by import, but it will undoubtedly affect prices.”

Accuracy of the hits indicated that the attack was pre-planned and that the culprits used advanced technology, Al-Shatti said, calling for thorough examination of the assault to avert its recurrence, for oil remained the most important “tributary of the economy at present.”

Al-Shatti indicated that he had anticipated much stronger reaction from the major powers to the attack, however he noted that the response was largely substantial due to Saudi Arabia’s heavy weight on the global political arena and its key role in energy security.

In this regard, the US reaction was somewhat reassuring, particularly when Washington announced it would use America’s strategic crude stockpiles to alleviate market concerns, he added. He also referred to reassurances by the International Energy Agency (IEA), which confirmed existence sufficient supplies in the markets. Elaborating, Al-Shatti said the announcement by Gulf Cooperation Council (GCC) countries, particularly Kuwait, the United Arab Emirates and Bahrain, confirming their standing with Saudi Arabia was necessary to reassure the markets.

“These are national and honorable positions that emphasize that our Gulf is united and we must react as one against any threat facing the region,” he said. As for oil supplies, Al-Shatti said despite global and international assurances of maintaining sufficient oil supply, “some” have re-manifested the tendency to ask oil-producing countries to increase their crude output.” On prospected resumption of regular crude production, Al-Shatti clarified that a quick return to the normal production had been expected in just 48 hours after the attack. However, now the forecast extends to the end of the year, the Kuwaiti expert said, citing market sources.