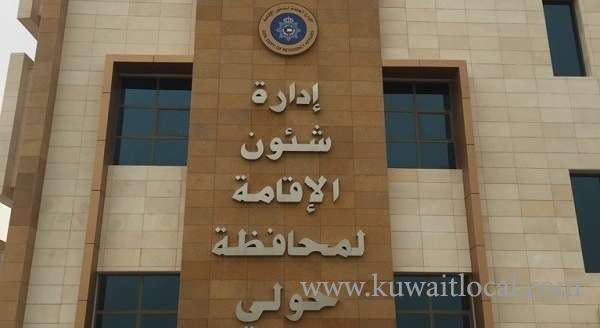 The father of an unidentified 16-year-old boy who was run over by an unidentified Kuwaiti opposite McDonald’s on the Arabian Gulf Street, has poured his anguish and grief at the incident because of the inhuman attitude of the motorist who was driving a four-wheeler, reports Al-Rai daily.

According to the father, the incident happened at 6:30 pm on Jan 31 this year. He added, his son had gone to meet his friends and while crossing the road he was run over by the suspect, who allegedly escaped from the scene leaving the boy in a pool of blood.

The father went on to say, the ‘ominous’ incident has changed the course of an entire Egyptian family. He added, when they did not receive any response from the son, they checked police stations and hospitals and finally found him at the Amiri Hospital in a pitiful condition and lay on the bed in complete coma.

The father added, “All we knew was that my son was run over at the Gulf Street. When I asked about the suspect, I did not get a clear answer, and all I knew was that he fled the place and wondered if humanity had lost its meaning because he did not stop and give a helping hand or took the pain to call the ambulance to save the life of my son.” He added he knew later that the suspect is a citizen in his 50s, surrendered himself to police and was released on bail while his son remained in hospital for three months and unaware of what is going around him.

Kuwait Airways Begins Bookings For 17 Destinations From Aug 1 Kuwait Airways opened bookings for 17 destinations as part of the operation schedule for its flights from 01 Aug, 2020 The national carrier will begin flying to Amman, Bahrain, Bodrum, Baku, Beirut... July 05, 2020 1 14539 Category: Travel

Kuwait Airways Releases Operational Schedule To 31 Destinations Kuwait Airways released an operation schedule for its flights including travel destinations, mentioning the 31 destinations, departure and arrival times in Kuwait time, in addition to the number of da... July 04, 2020 0 14225 Category: Travel

PACI Announces The List Of Services Available From Sunday The Public Authority for Civil Information PACI announced the list of services available online starting from Sunday. According to the list, update personal photo for Kuwaiti and Non- Kuwaiti, Newborn... July 04, 2020 1 7256 Category: Kuwait

Indians Not To Exceed 15%, Egyptians, Filipinos Cap At 10% The Legislative Committee said it approved during its meeting yesterday a proposed ‘quota’ for various nationalities as per the percentages specified in the proposal, reports Al-Seyassah d... July 04, 2020 0 5061 Category: Expats

PCR Test Cost For Departures Between 10 KD – 20 K A responsible government source revealed from August 1st expats will be allowed to return back to Kuwait as per the government plan to gradually resume commercial flights. All the travelers will ne... July 05, 2020 0 4315 Category: Coronavirus

Ban On International Flights At Indian Airports Extended Till July 31 India has extended the ban on international flights till July 31 as the nation sets its “Unlock 2” plan rolling to cope with the coronavirus pandemic. The civil aviation regulator DGCA sai... July 03, 2020 0 3832 Category: Travel