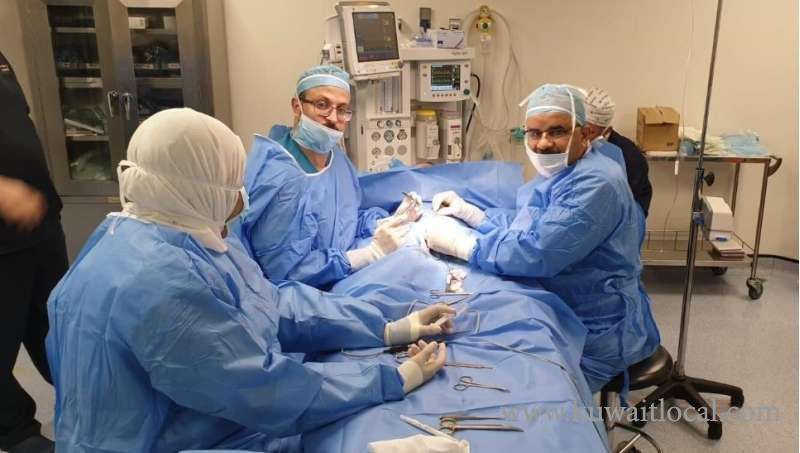 In a statement to KUNA, Kuwaiti Ambassador to Jordan Aziz Al-Daihani after a meeting with the leader and members of (Hayat) medical team and in Amman said that Kuwait is a “forerunner” in terms of charity and relief work.

Al-Daihani also praised Jordan’s hosting of the Kuwaiti team and the cooperation of medical centers and hospitals in the Hashemite Kingdom to ensure the success of this humanitarian mission.

For his part, team leader, urology and infertility consultant Dr. Ahmad Al-Kanderi told KUNA that the purpose of the current mission is to conduct surgeries on Syrian refugees in the camps.

He noted that the team includes 30 members ranging from consultants, doctors, nurses, technicians and administrators, while the total sum of the surgeries amount to KD 200,000 (USD 567,700).

He pointed out that team (Hayat) had conducted about 250 operations in previous missions, stressing the importance of the role of cumulative experience in dealing with humanitarian cases of refugees.Kuwaitis inspire their efforts in humanitarian work from the directives of the Leader of Humanitarian Action; His Highness the Amir Sheikh Sabah Al-Ahmad Al-Sabah, he added.