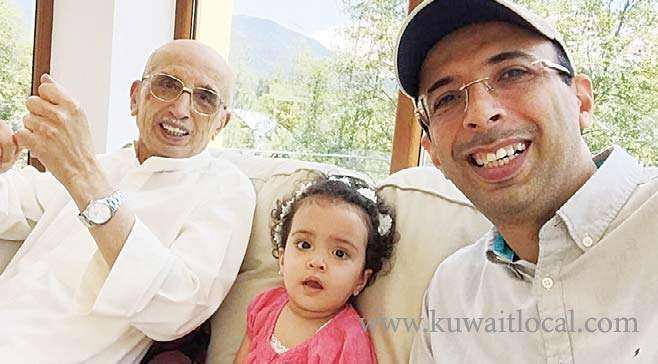 Kuwaiti businessman Mohammad Al-Baghli has been missing in Romania for more than four years despite efforts by government and private institutions to know his whereabouts. Since his disappearance in a Romanian village on Aug 5, 2015, authorities in the State of Kuwait has been exploring every possible effort to know his whereabouts. However, all bids have so far failed.

His Highness the Amir of Kuwait Sheikh Sabah Al-Ahmad Al-Jaber Al-Sabah instructed Ministries of Foreign and Interior affairs to do whatever they could to search for Al-Baghli hand-in-hand with Romanian authorities. It has been over 1,500 days since the disappearance of the 83-year-old Al-Baghli, and concern of his family and friends is growing over his health and fate. Kuwaiti and Romanian media have shed light on ordeal of Al-Baghli, a matter that triggered a campaign on social media.

However, more needs to be done either in Kuwait or in the European country. Riyadh, Mohammad Al-Baghli’s son, has been using all media means, especially Twitter, to keep the cause of his father alive and to remind the public about this crisis. Riyadh posts almost daily tweets to exert some kind of pressure on Romanian authorities to know whereabouts of his father. “Father we miss you… today marks 50 months since your disappearance in Romania and we pray for Allah for solace for you and us … We hope official efforts contribute to resolution of humanitarian issue and to exercise pressure on relevant authorities in Romania,” said Riyadh in one of his tweets.

Riyadh also posted, last May, a link of a documentary produced by his family in Romania, which showed Kuwaiti and Romanian media talking about his father. The documentary marked 1,461 days of Al- Baghli’s disappearance. “We are experiencing a real crisis that is hard to explain, and I have not lost faith that my father will one day return,” Riyadh said in a statement to KUNA Sunday. “We did not expect his disappearance to be beyond two or three days, or even a week … but to be four years, this is beyond imagination,” he said.