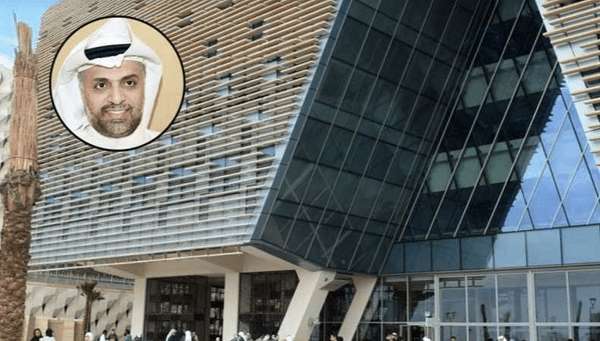 The Council of Ministers approved the appointment of Professor of Engineering Dr. Yousef Al-Roumi as Director of Kuwait University during its most recent meeting, after a three-year hiatus. The new director will be preoccupied with several files that will require his attention — educational, academic, and financial — making his task very precise and complex.

The 'budget cut' file is one of the most visible challenges facing Kuwait University today, and the repercussions are already visible, with students objecting to reductions in the summer semester budget and professors' rewards, while many are hoping that Al-Roumi will work to exempt the university from budget-cut policies, according to a report.

On the other hand, Kuwait University's tendency to close the file of the transfer to the Sabah Al-Salem University City (which took effect in 2019) through gradual transfer caused the university to stutter in the process of completing that transfer and failed to implement the plan that was supposed to be in three stages, which is one of the files that Al-Roumi needs to address immediately.

In addition to all of this, the new university president faces another task, which is to align the university's outputs with labor market needs, in light of major market changes on the one hand, and recent developments in academic disciplines on the other, as well as the need to link these outputs with government work programs initiatives to create job opportunities for the national workforce in the coming years.

In the midst of these files, the university is in an unusual situation that is difficult to overlook, which is the administrative vacuum that has expanded from the position of university director to the positions of deans, requiring the file of "placement of vacancies" at the university to be given top priority.

On the other hand, there is a critical task to improve Kuwait University's global ranking, as well as other files that are equally significant, such as the institution admission file, for which the university must plan ahead of time before it becomes a problem.

On the new manager's desk, there are important documents

1 – The transfer of faculty to the university campus in Shaddadiah is completed.

2 – Appointment of deans and department leaders to vacant positions

3 – Providing new specializations that the public and private sectors require.

4 – Connecting the outputs to the government's work program's requirements

5 – Exempting the university from budget-cutting measures.

7- Make a decision about "university entrance" early on so that it does not become a problem.

Prospective Bride Kills Fiancé After She Was Caug...