<![endif]-->
Advanced Search
Tragedy Of Mistakes In The Arabic And Latin Names In The Civil Card Is Yet To Be Resolved
Category: Kuwait 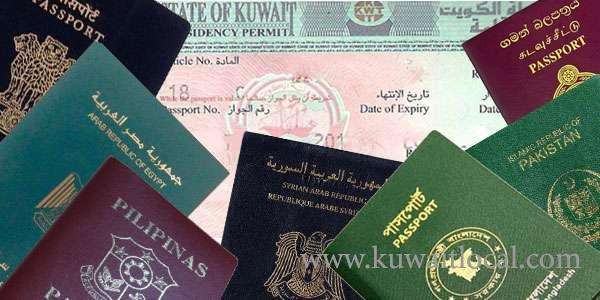 The tragedy of mistakes in the Arabic and Latin names in the Civil Card is yet to be resolved and the solution offered by the Public Authority for Civil Information is from one party which is still fraught with deficiencies that needs urgent and rapid intervention from other state organizations, particularly the Ministry of Interior, reports Al- Qabas daily.

A visitor to the PACI headquarters has become familiar with the large number of visitors who definitely pose pressure on the performance of the employees of the authority despite the announcement by PACI about the modification of the electronic service, but unfortunately only a limited number of transactions are completed.

The daily monitored for the third time the activity of the Public Authority for Civil Information, but revealed this time a big failure on the part of the ministries of Interior, Health and Justice to complete the link with the Authority to put an end to the problems of the visitors who come early morning to obtain the reception token numbers.

PACI has overcome one part of the problem, that is to say canceling the residence stickers, errors in names. A large number of expatriates found their names in the civil IDs different than those in the passports not only in the Latin name but in the Arabic also.

Another problem is that the Ministry of Interior must announce that the renewal of residence for residents in the country has been reversed through the electronic system.

Several weeks ago, it announced that it would only serve domestic workers. The data is wrong in addition to contributing to accelerating the pace of work and exceeding the queues that waste time and money.

The Ministry of Health, represented by the Department of Births and Deaths, must play its vital role to end the problem of residents born in Kuwait. The names registered on birth certificates do not match with the Arabic names in the passports.