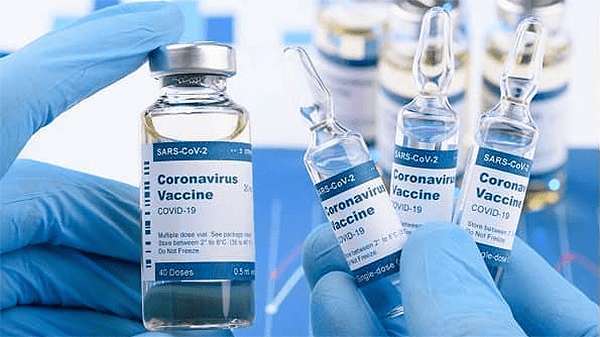 Kuwait will receive the coronavirus vaccine early next year and the first batch will be approximately one million doses for citizens first, health workers, frontliners, elderly and people with chronic diseases, followed by other segments, reports Al-Qabas daily quoting government sources. Sources disclosed the vaccine will be from three companies with successful and safe experiences – an American company, an American- German company and a British-Dutch company. Sources affirmed Kuwait has reached an agreement with these companies and it will be one of the first countries to import the vaccine.

Sources explained that importing the vaccine entails several stages – manufacturing, supply and shipping. Sources said the agreements with the aforementioned companies were approved by the concerned committees in the country, asserting the vaccine is safe and there is no serious symptoms after vaccination. Sources added obtaining the vaccine will be voluntary and it is likely that the coming period will witness some countries requiring future travelers to get the vaccine, which may compel some groups to obtain it.

Controlling
Sources pointed out that controlling the virus requires vaccination for all segments of society, including citizens and expatriates. Sources said the Council of Ministers recently formed a committee headed by Minister of Health Sheikh Dr Basel Al-Sabah to conduct a study in this regard. In a related development, the entry ban on travelers from 34 countries might be extended and this is subject to evaluation; while the two-week quarantine period remains in effect according to the recommendations of international health organizations, sources revealed.

Meanwhile, Deputy Chief Executive Officer of Mina Ahmadi Refinery at Kuwait National Petroleum Company (KNPC) Nawaf Al- Daihani confirmed that the number of coronavirus cases among workers at Ahmadi Mina Refinery is increasing, reports Al-Anba daily. Al-Daihani disclosed: “In the past few weeks, we recorded a number of infections that raise concerns. This indicates complacency in terms of following the instructions of health authorities in the State and violating the health protection standards in KNPC.”

The daily obtained a copy of a circular that Al-Daihani issued to the refinery workers, indicating that social distancing and wearing masks are among the most important health regulations. These are among the few methods which have been proven effective in preventing spread of the virus, as well as protecting the safety and that of our families and colleagues from the virus, he added. Al-Daihani added: “The repercussions of the novel coronavirus crisis still cast a shadow on the world, as it affected all corners of societies. The world never witnessed this crisis before, as well as such fast pace changes, while scientists are working hard to understand the nature of the virus and its characteristics. With scientists on the verge of finding treatment or vaccine, the number of infections on the other hand is increasing; thereby, forcing many countries to re-impose severe measures and restrictions to curb the spread of corona.”