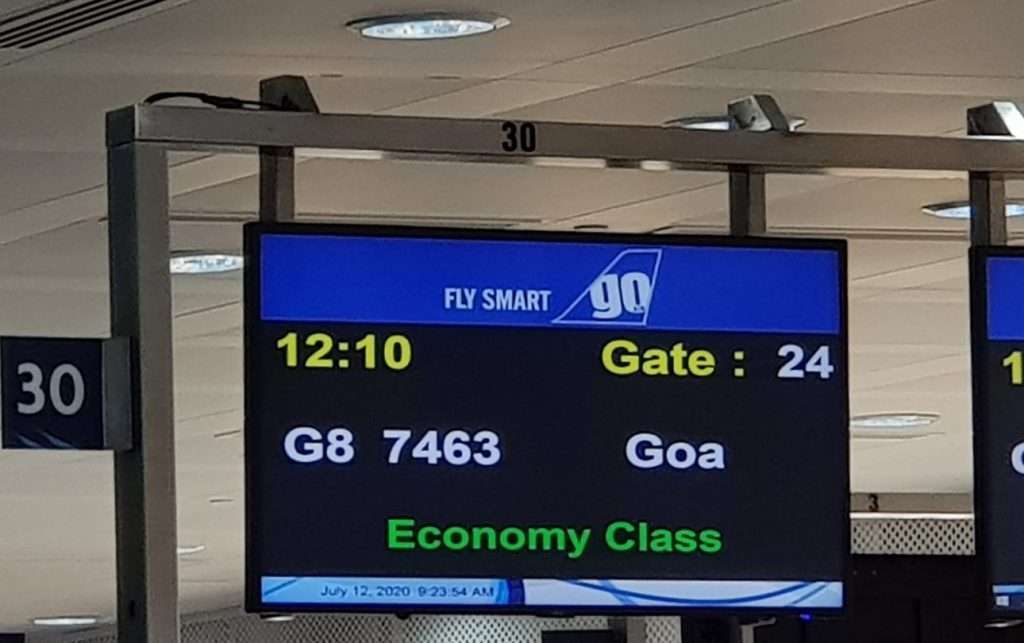 The flight was arranged through the efforts of Goan Cultural Centre (GCC) and specially its president Shri Carmo Santos working in close coordination with the Indian Embassy, Directorate of NRI Affairs – Goa, and airline authorities in Kuwait.

It should be noted that Goan Cultural Centre is the only Goan association registered with the Indian Embassy in Kuwait.

The flight was the first under the Mission Vande Bharat to help people stranded in Kuwait to return home amid the pandemic; GoAir airline based in Mumbai was the flight carrier.

As many as 15 amnesty-seeking Goans confined to camps since March 2020 were on board the flight, apart from a woman who in prison, and a sick man in hospital.

Most of the other 145 passengers on board had lost their jobs, had their work-hours reduced, or had their businesses affected due to the impacts of COVID-19.

Shri Ranvir Bharati, Second Secretary to the Indian Embassy was present at the airport to monitor the proceedings.

“It gives us great satisfaction to have helped our amnesty seeking Goans in particular,” said an exhausted but exuberant Carmo Santos.

All passengers (barring a few who were missed) were provided with meal packets by Goan Cultural Centre, while free Covid tests and hotel Quarantine facilities for amnesty people are also being arranged by the association through goodwill of the Goa government.

Incidentally, this the second flight of stranded Goans to fly out from Kuwait, earlier on 26th June,  an IndiGo chartered flight carrying 160 Goans landed safely in Goa.

Shri Anthony J. D’Souza, Director for NRI Affairs, Goa Government has been supportive of the Vande Bharat Mission flight all throughout while Goa-based youngster Valencio Rodrigues has emerged as a good samaritan in repatriation flights from abroad, relentlessly liaising to ensure the flights have all necessary permissions like landing rights, adequate quarantine facilities for incoming passengers, etc.

Goan Cultural Centre has thanked every Goan involved in helping out to make the Mission Vande Bharat a success, and has thanked the Indian government in a big way.