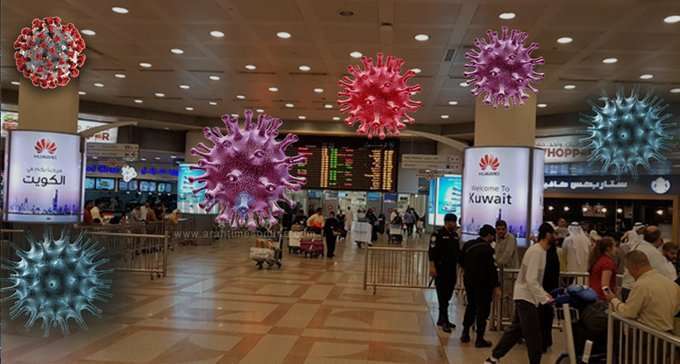 The US Centers for Disease Control has announced that it has updated its list of high-risk coronavirus countries, reports Al-Jarida daily. The daily said the US health authorities have advised their citizens to obtain a vaccination before traveling to Kuwait, while at the same time advising against travel to Kuwait for those who are not vaccinated except in the case of necessity. The United States has placed Kuwait in third ‘dangerous’ category after Kuwait made the second slot before the current update. On the other hand, the US health authorities announced the classification of 22 countries in the fourth category, which are ‘very dangerous’ and advised to avoid travel to these countries completely, including Bahrain, Qatar, Egypt, Jordan and Australia.

The Kuwaiti Ministry of Health announced on Wednesday that 4,337 new COVID-19 infections, 4,063 recoveries, and a single death were reported in the last 24 hours. The Ministry’s official spokesman Dr. Abdullah Al- Sanad said in a statement to KUNA that the tallies for infections and recoveries hit 479,640 and 432,729 respectively. Deaths went up to 2,480, said the spokesman, revealing that there were 43 patients in ICU, 336 in COVID-19 wards, and 44,431 active cases. He indicated that swab tests hit 6,540,444 with 31,175 new tests carried out in the last 24 hours.