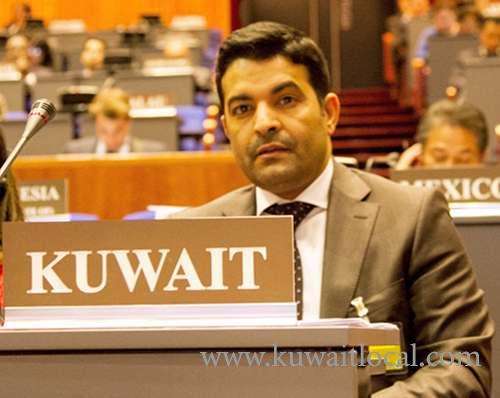 Kuwait on Saturday voiced support for actions taken by the 22nd session of the Conference of the States Parties of the Organization for the Prohibition of Chemical Weapons (OPCW). The Conference concluded last night in The Hague, Netherlands.

Kuwait's participation in the Conference reflected its commitment to all items of the Chemical Weapons Convention (CWC), said counselor Ali Al-Thaydi, head of the Kuwaiti delegation to the Conference, in statements to KUNA.

He also praised the great role of the Kuwaiti national committee in following up the implementation of the Organization's requirements.

The OPCW 22nd Conference kicked off November 17 with the participation of 136 States Parties, in addition to nine world organizations and a number of specialized agencies. During the meeting, Morocco was elected president of the current session.

Also, Fernando Arias of Spain was officially appointed to a four-year term as the OPCW next Director General, succeeding Ahmet Uzumcu of Turkey.

OPCW is the implementing body of CWC, which started its work in 1997 with the belief that preventing the use of chemical weapons in warfare will protect global security.