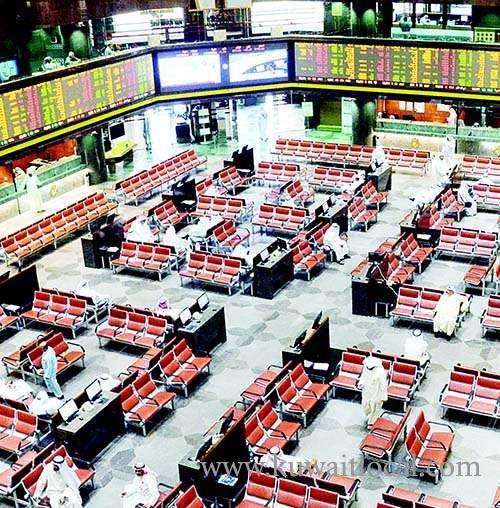 Kuwait stocks pulled lower on Sunday after posting modest gains during previous week . The All Shares Index fell 6.14 pts in sluggish trade to 5,033.42 points weighed by some of the mid-caps even as overall mood remained mixed.

The Prime Market dropped 10.52 pts to 5,217.79 points while Main Market ticked 1.9 pts higher to 4,698.87 pts and is down 37 pts so far during the month. The volume turnover meanwhile ebbed following Thursday’s surge.

Kuwait Telecommunications Co (VIVA) climbed 5 fils to 720 fils and Agility dialed up 2 fils to settle at 815 fils. The market opened firm and headed south in early trade. The main index plumbed the day’s lowest level of 5,027 pts about 30 minutes into the session and vacillated thereafter between small gains and losses.

It revved up in the final minutes before slipping back into red at close. Top gainer of the day, Sultan Centre spiked 13.4 pct to 54 fils and Tamdeen Real Estate climbed 8.4 percent to stand next.

First Takaful Insurance Co dipped 9.9 pct, the steepest decliner of the day and Gulf Bank topped the volume with 15.5 million shares. Despite the day’s downtick, the winners slightly outnumbered the losers. 49 stocks advanced whereas 44 closed lower. Of the 119 counters active on Sunday, 26 closed lower. 2895 deals worth KD 13.47 million were transacted — down 28.9 pct from the day before National Industries Group fell 2 fils to 158 fils with a volume of 1.5 million while Gulf Cable and ACICO Industries stood pat at 363 fils and 200 fils respectively.

The bourse was mixed during last week. The main index closed higher in three of the five sessions gaining 35 points week-on-week and has shed 95 points from start of the month. Boursa Kuwait, with 176 listed stocks, is the second largest market in the region.

5 Year Residence For Expats And 10 Years For Expat Businessmen A new residency law will be introduced that underlines that an expat can acquire a residency visa for up to 5 years and for an expat businessman with a valid project, it is for 10 years. Among the ... August 12, 2020 2 7916 Category: Expats

Large Scale Expat Deportation Plan In Progress Planning is underway for the large scale arrest and deportation of around 126,000 expatriates living illegally in Kuwait, reports Al Jarida daily. They did not take advantage of the amnesty in April a... August 11, 2020 1 6697 Category: Expats

Only educated expats over 60 will have their residence renewed Public Authority for Manpower (PAM) has announced that expats at the age of 60 and above, without a university degree will need to make preparations to leave the country by end of this year. They are ... August 11, 2020 2 3216 Category: Expats

DGCA Did Not Receive Any Request To Bring Back Expats Stranded Abroad The government institutions did not send a request to make preparations for the return of expats stranded abroad, especially needed professions in Kuwait such as doctors, engineers, judges, other expe... August 13, 2020 0 2807 Category: Kuwait