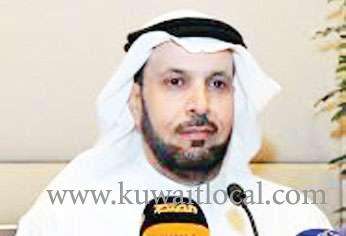 The unstable developments in the region emphasized the need for cohesion of the home front and not to be dragged behind rumors but derive the information from its source, reports Al-Rai daily. Dean of the Faculty of Social Sciences, Dr Hamoud Al- Qasha’an, told the daily, the atmosphere of the American- Iranian escalation reminds him of the atmosphere in 1985 when the National Assembly was embroiled in a dispute with the government and not long after in about fi ve years Kuwait was invaded.

“The atmosphere of war should tell us that when the name of Kuwait is mentioned, we must remember the word of His Highness the Amir that Kuwait is a safe nation and that Kuwait brings us together,” he said. The Amir, who promotes peace, has distanced himself from any alliances against neighbors or against others. Kuwait is in need of unifying the internal front and showing the world that “we are one bloc. We say to His Highness we are your people who do not disobey you, and we ask Allah to protect Kuwait and protect you. “

Cohesion
Head of the Department of Geography at Kuwait University Dr Obeid Al-Otaibi told the daily, “the cohesion of the internal front is one of the most important necessities of the renaissance of the society, its unity, growth and stability.” He pointed out that “the enemies are always concerned about disrupting the internal stratum of any society and want to dismantle, weaken and control it and its problems.

“There is a national unity law. Thank God, we are all united and we always ask the citizens to walk hand in hand to maintain the safety and security of the country according to its jurisdiction,” said attorney Nivin Marafie. “If there is any emergency, everyone knows what to do because they have survived during and after the invasion. In the absence of water and electricity and other things, the people at the time have remained coherent and the Kuwaiti women played a big role in this regard. In a statement to Al-Rai, Marafie stressed on the importance of “not listening to rumors that frighten people and God willing all things will be good.”

She pointed to “the importance of putting trust in our government and listen to news only from official sources.” Meanwhile, the Director of the Civil Societies Department in the Social Development Sector at the Ministry of Social Affairs, Munira Al-Kandari said Kuwait has about 140 non-governmental organizations and some of them are specialized as technical societies, and some others are of a social and humanitarian nature,” reports Al-Rai daily. She went on to say these societies stand out at the time of need and this shows the characteristics, cohesion and national unity of our people at the time of crises.

As for the role of NGOs, if the conflict between the United States and Iran intensifies, Al-Kandari pointed out that “any activity of the NGOs is subject to the approval of the Ministry of Social Affairs and they are always initiators and have a history of giving and helping, whether civil or charity organizations. “In the event of war, we will coordinate with them to provide what Kuwait needs – its people and residents, so as not to interfere with the government’s plan so that the public benefit societies are complementary to the state,”she added.