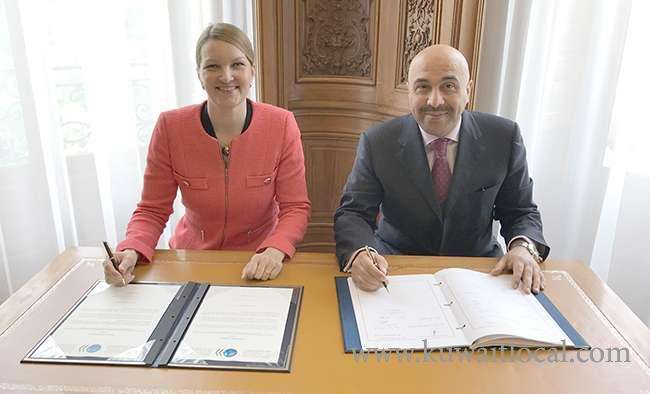 Kuwait on Friday signed the Convention on Mutual Administrative Assistance in Tax Matters, during a ceremony held at the Organisation for Economic Co-operation and Development (OECD) headquarters in Paris.

The Kuwaiti delegation was led by the country's ambassador to France Sami Mohammad Al-Suleiman who signed the Convention. This is the first step for activating the Common Reporting Standard agreement Kuwait signed in August 2016, the embassy said in a statement.

The Convention was developed jointly by the OECD and the Council of Europe in 1988 and amended in 2010. It is the most comprehensive multilateral instrument available for all forms of tax co-operation to tackle tax evasion and avoidance, a top priority for all countries. It is considered the legal framework regulating the Automatic Exchange of Information (AEOI) among the member states of the Global Forum on Transparency.

Kuwait will start the exchange of information for tax purposes in September 2018 in line with the global agreement on the Automatic Exchange of Financial Account that includes the Common Reporting Standard.

The country has vowed to maintain sorcery of the information to be exchanged, as the Convention plays a major role for the protection of tax bases of the member states, which will effectively prevent international tax avoidance and evasion.

In addition, it has deterrent effects, increasing voluntary compliance and encouraging taxpayers to report all relevant information.