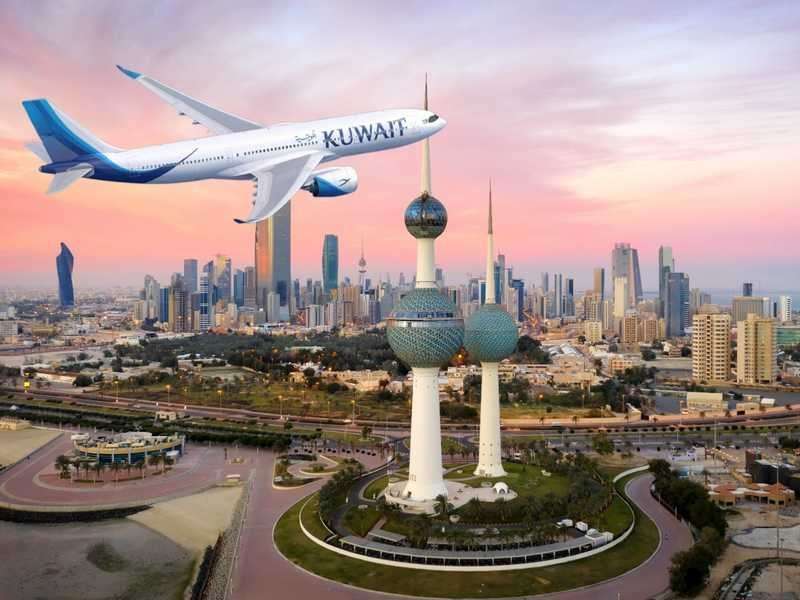 Today, Thursday, Kuwait will resume direct flights with 12 countries that were banned in the previous period, for health and commercial reasons, due to the repercussions of the emerging Corona virus in the countries of the world,Alqabas reported.

The Deputy Director-General for Planning and Projects Affairs and the official spokesperson for the General Administration of Civil Aviation, Saad Al-Otaibi, told Kuwait News Agency today that the decisions to suspend and resume direct flights to some countries, come on the instructions of the Kuwaiti health authorities, and others are due to the airlines, given the situation and the repercussions of the The spread of the Corona virus to high-risk countries.

He stressed that citizens will not be allowed to travel outside the country, unless they have received two doses of the anti-Coronavirus vaccine approved by the State of Kuwait, as of August 1.

He explained that the age groups who are not subject to vaccination and those who have a certificate stating that they are unable to obtain the vaccine for health reasons and pregnant women are excluded from this decision.

He stated that non-Kuwaitis will be allowed to enter the country as of August 1, provided that they receive two doses of the anti-Coronavirus vaccine approved by the State of Kuwait for Pfizer, Oxford AstraZeneca or Moderna, or one dose of Johnson & Johnson vaccine.

Al-Otaibi stressed the importance of conducting the first PCR examination 72 hours before arriving in the country, indicating that the infection was negative, and the second during the period of home quarantine, which extends to seven days, confirming that the infection is free of the virus.

He stressed the necessity of registering all departures and arrivals from and to Kuwait International Airport on the “Kuwait Passenger” platform, in addition to the “Shlonak” application 24 hours before the departure time, so that the passenger does not face any technical challenges at the “admission counter” on the flight outside the State of Kuwait.

He pointed out that depositors and recipients were prevented from entering the buildings of Kuwait International Airport, in compliance with health requirements, applying physical distancing, and not waiting and crowding inside the airport buildings, according to the instructions of the Kuwaiti health authorities.

Al-Otaibi called on those wishing to inquire about the precautionary measures applied at Kuwait International Airport, as well as circulars issued by the “Civil Aviation”, to communicate through the “WhatsApp” application on the number 22200161.

And “Civil Aviation” announced on August 1 the suspension of direct flights with Italy, Spain and Bosnia and Herzegovina, while on September 17 it announced its suspension of flights with France and the United Kingdom on January 6, based on the decisions and instructions of the Kuwaiti health authorities.