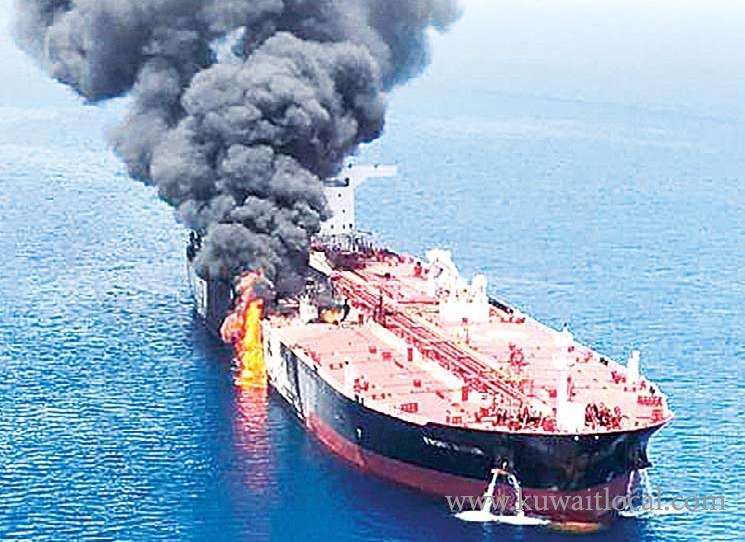 Kuwait reiterated condemnation of ‘‘criminal” attack on two oil tankers in the Gulf of Oman. Kuwait’s Permanent Representative to UN Ambassador Mansour Al-Otaibi, in remarks to KUNA late Saturday, said, “Kuwait had; in numerous occasions, strongly condemned those attacks.” All UNSC members unanimously called the incident a criminal act and violation to international law, Al-Otaibi told reporters following the Council’s consultations session on latest agendas regarding the attack in the Gulf of Oman last Friday. “We would want to see thorough, impartial, and objective investigation to take place, and know who stands behind these actions,” he pointed out.

Last Thursday, explosions ripped through two oil tankers, Norwegian and Singaporean, in the Gulf of Oman. Crew members from a Norwegian-owned oil tanker apparently attacked in the Gulf of Oman landed Saturday in Dubai after two days in Iran as the other tanker targeted in the assault limped into anchorage off the eastern coast of the United Arab Emirates.

Both the mariners’ recollection and the physical evidence remaining on the MT Front Altair and the Kokuka Courageous, now off the coast of Fujairah, will play an important role in determining who the international community blames for Thursday’s explosions on board the oil tankers. Already, the US has blamed Iran for what it described as an attack with limpet mines on the two tankers, pointing to black-and-white footage it captured that American officials describe as Iranian Revolutionary Guard troops removing an unexploded mine from the Kokuka Courageous.