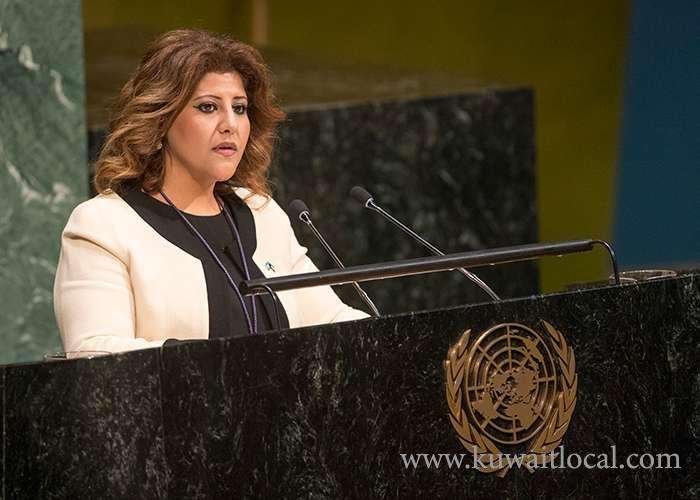 The State of Kuwait has expressed deep distress and concern at flagrant breaches of the Rohingya people's rights, namely their right to live.

The official Kuwaiti stance was re-affirmed by Jawaher Ibrahim Al-Duaij Al-Sabah, the state First Secretary, in her address on behalf of the permanent mission to the UN, to a United Nations General Assembly's session about human rights.

The First Secretary regretted continuing grave breaches of human rights, witnessed in many regions across the globe, posing "an extremely complex challenge to the international community which should deal with it with care and wisdom."

It is extremely regretful that "most of these challenges are happening in our region where fire of armed strifes continues to rage in more than one area, threatening livelihood of sisterly peoples and violating basic rights of weak communities resulting in their relocation," she said.

The State of Kuwait condemns in strongly-worded language continuous occupation of the Palestinian territories by the Israeli forces and their blatant acts of abuse against the unarmed Palestinian people, neglecting the international law, the international humanitarian law and various relevant resolutions of the Security Council, Jawaher Ibrahim Al-Duaij added in her statement during the session, during which attendees debated the 67th article of the agenda, "the Human Rights Council Report."

The Kuwaiti representative called for updating national and international legislations on human rights in tandem with developments happening across the world, nowadays.

On Kuwait's cooperation with the UN at the human rights' level, she underscored the February visit to the country by the UN High Commissioner for Human Rights, Prince Zeid bin Ra'ad Zeid al-Hussein, during which he was aprised of national efforts in this respect; namely endorsement of the child rights, establishment of the Human Rights Diwan, the Family Court and enactment of the juveniles' law.

Last year, the UN Special Rapporteur on trafficking in persons and the special team specialized in indiscrimination against women visited Kuwait too. Currently, Kuwait looks forward to a visit by the special rapporteurs on adequate housing and persons with disabilities.

Moreover, it continuously aspires to boost cooperation with the UN High Commissioner for Human Rights, hoping to see the international community shouldering its responsibilities to back him in his mission for boosting and safeguarding human rights as a global cause.