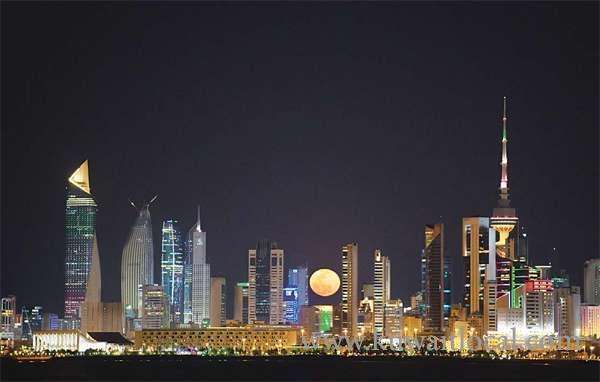 Kuwait ranked 54th out of 140 countries with a score of 62.1 in the Global Competitiveness Index 2018 released by the World Economic Forum Tuesday.

Kuwait’s ranking this year is two notches higher than in 2017 when it landed on the 56th spot. The country achieved remarkable performance in the macroeconomic stability pillar, competing with the world’s largest and most competitive economies.

The organisation that hosts the annual Davos pow-wow of business and political elites said it used a new methodology for the 2018 edition of the report to reflect shifts in a world increasingly transformed by new, digital technologies.

The methodology shift helped the United States unseat Switzerland, which had spent nearly a decade at the top of the WEF ranking. In Wednesday’s report Switzerland found itself in fourth place, after the US, Singapore and Germany.

Overall, the United States scored an average of 85.6 points when the nearly 100 indicators were measured on a scale of 0 to 100. That is still a far cry from what WEF considers the optimal conditions for a competitive economy, but well above the global average of 60 points. WEF hailed the United States for its business dynamism and vibrant entrepreneurial culture, its flexible labour markets, the depth, breadth and relative stability of its financial system and its market size.

“They’re an innovation power house,” Saadia Zahidi, a member of the WEF’s managing board, told AFP. When asked if President Donald Trump could take credit for the ranking, Thierry Geiger, head of analytics and quantitive research at WEF, stressed that most of the data used in the report was from before Trump came to power last year.

“The things we capture are long-term drivers,” he told reporters. Zahidi meanwhile warned that “there are also a lot of worrying signs” for US competitiveness. WEF cautioned that “there are indications of a weakening social fabric … and worsening security situation,” pointing to a US homicide rate that is five times higher than the average for advanced economies.

The country also raked in a relatively low score in terms of checks and balances, judicial independence and transparency. Zahidi also pointed to the country’s low score in terms of participation by women in the labour force, where it ranked 37th, as well as 40th place for press freedom. Particularly worrying is the low US ranking in terms of health, the report said, blaming “the country’s unequal access to healthcare and broader socio-economic disparities.” WEF told AFP in an email that “non-communicable diseases (eg obesity and opioid crisis) are taking a huge toll.”

In fact, Wednesday’s report found that US healthy life expectancy — the number of years a newborn today can expect to live in good health — ticks in at just 67.7 years in the US. That is lower than in Sri Lanka and China and three years below the average in advanced economies. It is a full six years behind Singapore and Japan, the report found.

The WEF report also cautioned that the US rate of adoption of information and communications technologies was fairly low compared to other advanced economies. WEF founder Klaus Schwab said understanding and being open to the technologies driving the so-called “fourth industrial revolution” was vital to a country’s competitiveness. “I foresee a new global divide between countries who understand innovative transformations and those that don’t,” he said in a statement. Zahidi however stressed that “technology is not a silver bullet on its own.” “Countries must invest in people and institutions to deliver on the promise of technology.”