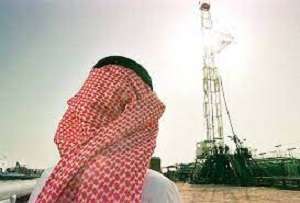 CAN the Kuwait oil industry meet the challenges of the coming years? Will it achieve a growth in crude oil volume to reach a sustainable level of 3 million barrels per day and above? Or will it bring onboard foreign partners to invest jointly in building a petrochemical industry in the new Zour refinery? How much of its established planned strategy can it achieve? The hard fact is that none of our K-oil companies can really achieve their targets and objectives. We are lagging behind the rest of our neighboring Gulf countries in the industry even though Kuwait used to be a leader in every sector in early 1960. It had established the first national company with OPEC and then other national oil companies in refining and international marketing for petroleum products.

We had become the challenging small national oil companies that were competing with the mighty major companies in the international markets. They were fighting and challenging us not to bring even a drop of petroleum in their markets. BP, the owner of crude oil in the 1960s, refused to sell us any crude to run our newly built Shuaiba refinery. However, after some hard negotiations, a ten-cent per barrel premium above the Kuwait crude oil selling price globally was imposed on Kuwait National Oil Company (KNPC). Life went on, and Kuwait built three ore refineries and became a key player in the oil market with its acquisition of retail stations in Europe by buying Gulf oil (the second partner of Kuwait’s KOC) in 1983, operating under the trade name of Q8. That was some part of Kuwait’s history. After the nationalization of the Kuwait oil industry in 1975, addressing our current achievements is now necessary to evaluate our performance away from foreign partners, foreign employers, and advisers.

Are we better off? What is our rank within the peer groups in performance, relationship with international oil companies in all of oil activities, upstream and downstream after 46 years of complete divorce/ties with outside companies for consultancy agreement or fixed project? Have we acquired the necessary knowhow, skills and experiences? Undoubtedly, the recent reduction in Kuwait crude oil production is not a great sign of any improvement. This reduction from 3.1 million barrels of crude oil to 2.6 million is not something to be proud of especially in comparison to the rest of the Arabian Gulf states including Iraq and Iran.

Also, our experience with our joint venture in Vietnam has been taking us from one trouble spot to another with continuous delays in the refinery projects and accidents. Next came the Kuwaitization of the oil industry to ensure 85 percent nationals are employed, leaving the rest to clerks and secretarial staff. With the arrival of each new minister, this percentage increases, ignoring the hard fact that the performance and efficiency of our oil industry is at the bottom in comparison to all, if not most, national oil companies. Is it not time to evaluate the performance of our Kuwait industry with deep objective and analysis? A revisit is needed perhaps with another strategy to bring back foreign partners with their vast knowhow and knowledge as we don’t have any. We are lost like the rest of the national oil companies, but we are keeping the patriotism fully intact in its place and not letting it be touched.