Advanced Search
MOE’s Project Of Education Development Should Not Have Been Canceled
Category: Kuwait 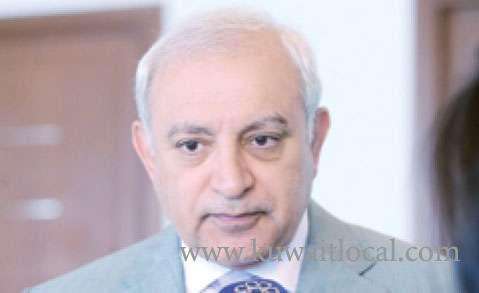 Former minister of Education and Higher Education Dr Bader Al-Essa says the project of education development and curricula competency, which was prepared with the cooperation of the World Bank, should not have been cancelled, describing such a cancellation as “a disaster” after two years into the project implementation and four years of training Kuwaiti citizens in this regard, reports Al-Rai daily. He stressed that the ministry needed more time to implement the system of competencies in the primary level, adding that the system depended on the practical application for understanding the material. Dr Al-Essa defended the “Tablet” project, insisting that, “Most of the countries that are developed in the field of education use tablets as a successful educational method by all standards”.

He added, “The project was unfortunately canceled in our government schools due to material reasons. The ministry introduced the tablet through the leasing system for a period of one year. When the contract expired, the ministry decided not to renew the contract due to lack of budget for spending on this project”.

He said, “If I were the current minister, I would have preferred to continue the journey. We were one step ahead with the introduction of technology for the application of smart education system. Even our modern schools that are built on the smart school system sought the application of this technology, as one of its most important features is that it reduces the time and effort required for attaining proper education. It also increases the possibility of reducing dependence on teachers in the future”.

Dr Al-Essa insisted that all the projects that were under the previous ministers were considered important and necessary for the development of education. He stressed that the problem was not in those projects but in the ministry administration which neglected to follow up and develop these projects, adding that resistance from the officials of the ministry themselves reflected negatively on the implementation of these projects along with the absence of a time plan for these projects.

Flights To India Awaiting Final Approval Special charter flights to Indian destinations are expected soon with the signing of the Transport Bubble between the two countries, a reliable source disclosed to The Times, Kuwait. It is expected... August 05, 2020 0 16200 Category: Information

The Airport Continues Its Commercial Flights According to Alqabas Kuwait International Airport continued to operate commercial flights for the fifth consecutive day, as 14 flights arrived in the country yesterday, while 16 flights departed. A re... August 06, 2020 0 7546 Category: Travel

19 Dead and 127 Injured after Air India flight crashlands in Kozhikode, breaks into two 19 passengers died and 127 were injured, including 15 seriously, when a plane coming from Dubai met with an accident at Karipur airport in Kozhikode, Malappuram Superintendent of Police (SP) said on F... August 07, 2020 0 5755 Category: India

Emirates Gets All Set To Relaunch Kuwait Services Dubai carrier also confirmed Lisbon as another destination being added in this rollout Emirates airline will resume passenger services to Kuwait’s capital from August 5. Flights from Dubai to K... August 05, 2020 1 4953 Category: Travel

KTTAA chairman criticizes abrupt decision to ban expats from 31 countries without prior notice Under the pandemic situation the decision was taken by Kuwait government to ban travel from 31 countries. Today Mohammad Al-Muthairi, the Chairman of the Board of Directors of the Kuwait Travel and To... August 05, 2020 0 4509 Category: International

3 Stage Plan For Return of Expats - MOI High sources revealed Alqabas  that the return of residents to the country will take place according to 3 successive stages, during which priority will be according to the needs of the state, wit... August 07, 2020 1 4166 Category: Expats

Ministry Of Health Prepared The List Of Expats Who Are Struck Outside The Country Health Ministry is developing a inventory  of its employees, who are stuck outside the country and  are unable to return to Kuwait thanks to restrictions imposed  due to coronavirus pan... August 06, 2020 1 2938 Category: Kuwait

Kuwait – India Agrees To Evacuate 1,000 Indians Per Day Back To India The Indian Government is about to start flights to bring back Indian expats who are willing to come back to India from Kuwait. Regarding this Indian authority had a discussion with the Kuwait counterp... August 06, 2020 0 2847 Category: Travel

Review After Every 10 Days On 31 Banned Countries According to Alqabas decision to prevent citizens of 31 countries from entering the country will be subject to review every 10 days, explaining that the list may be increased or decreased, accord... August 06, 2020 0 2186 Category: Kuwait

Salary Of Traveling Teachers Does Not End Until The Airport Opens At a time when responsible educational sources revealed instructions for school directors to ensure that the salary of traveling teachers who were unable to return because of the suspension of air tra... August 07, 2020 0 1574 Category: Education
Popular Offers