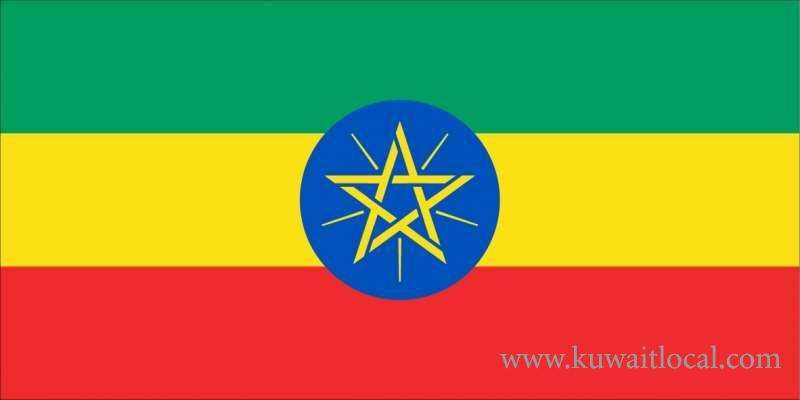 Kuwait which has lifted a ban on employing Ethiopian house helpers wants jobs seekers from this nation to be psychologically examined. Rashed Al-Hajeri, the State of Kuwait Ambassador to Ethiopia, said in a phone contact with KUNA on Wednesday that he had held talks with Ethiopian Minister of Labor and Social Affairs Abdulfetah Abdulahi on terms for dispatching the domestic workers to Kuwait.

“I have asked the Ethiopian minister to subject those willing to work in Kuwait namely in houses to training at habilitation centers and that they undergo psychological tests to avert recurrence of some of the negative (incidents) that had prompted Kuwait to stop bringing in the Ethiopian workers previously,” he said.

Ambassasdor Al-Hajeri added that he agreed with the Ethiopian official on working out a new deal for employment of Ethiopian citizens in Kuwait — a copy of which would be addressed to the competent Kuwaiti authorities in coming days. A delegation from the Ethiopian ministries of labor and foreign affairs will visit Kuwait very soon to finalize the accord. Kuwait declared lifting the ban on hiring Ethiopian domestic workers on Tuesday.
;

The government has failed to find a suitable solution to the issue of employment of domestic helpers although the country has many financial surpluses, reports Al-Seyassah daily. This was disclosed by the speakers at a symposium which was organized by the National Popular Movement in the Fahd Al-Ahmad district under the title, ‘The suffering of the citizen and domestic help.

Cooperate
The speakers have called on the legislative and executive authorities to cooperate to end the outstanding problems that have been a thorny issue for a long time. No forthcoming solutions have been coming and the citizen continues to suffer. To the contrary the problems have doubled.

For his part, former MP Jaber Al-Muhailbi said the Kuwaitis face many problems which gradually snowball into big issues. He added that Kuwait faces the most serious stage of conflict over wealth and power, which caused the delay of development, reform and progress. He explained the issue of domestic workers is one of the most important issues facing the Kuwaitis, even after the announcement of the establishment of a labor recruitment company, a company which favors the influential people. He continued saying we all remember what the owner of one domestic labor office said: ‘If the cost of hiring a domestic worker is reduced, I will shave my moustache’.

Today we see the authenticity of this statement and we feel the government lied to us when it made the announcement. Former MP Osama Al-Tahous said the solutions related to the issue of domestic labor are not feasible because the government and the MPs are preoccupied with other issues not related to the interest of the citizen.

Al-Tahous suggested that the Amiri Diwan take control of the Al-Durra Company to bring joy and pleasure to the Kuwaiti families just like what it has done with other projects such as the Jaber Stadium and the Rally Arena.