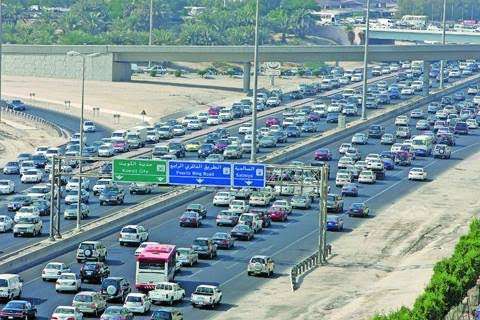 During the first quarter of 2022, Kuwait handed out more than one million traffic fines, an average of 12,330 a day, according to local media reports.

The most frequent traffic offense, based on the reports of Major Abdullah Buhassan, an officer in the Public Relations and Traffic Awareness Department, was driving over the speed limit. Over 433,638 tickets were issued for that infraction, followed by 35,788 for jumping red traffic lights.

The third most frequent violation was using a mobile phone while driving with 16,344 tickets, followed by driving without a license with 8,750 fines.

According to Buhassan, 1,533 illegal vehicles have been confiscated, and 716 people have been imprisoned for committing serious offenses.

A total of 82 people died in 2,226 traffic accidents in the first quarter of the year, he said.

Kuwait recorded more than 11,000 traffic fines every day in 2021, according to statistics earlier last year.