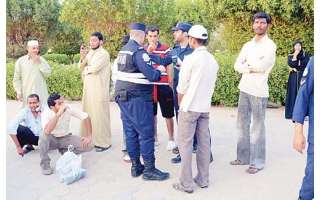 Kuwait has deported 20,000 expatriates in the first nine months of the year for their non-compliance with the residence and labour laws.

“Those who were expelled from the country are from various nationalities and included expatriates without jobs or doing odd jobs, beggars and people implicated in the selling of alcoholic beverages, managing flats for suspicious activities or engaging in immoral acts,” security sources told Kuwaiti daily Al Seyassah. “The public order department has pledged a zero-tolerance towards all violations of the law and involvement in illegal or immoral activities.”

Around 7,000 other expatriates will be deported as soon as the paper work regarding their situation and their sponsors is completed, the sources added.“They are in the police custody now and their sponsors have been called to pay for their return tickets and settle all pending issues with their employers. They are expected to be deported within days,” the sources added.

However, some legal experts said that the security action should not be confined to expatriates staying illegally in the country, but should be extended to include those who traded in visas and exploited the system to take advantage of the situation.

“There needs to be strong action to tackle the roots of the problems, and not the results,” they said, quoted by the daily. “Some expatriates have done nothing wrong and they are in fact the victims of their sponsors.Some of them arrived in Kuwait, secure they have a job. However, they were shocked to discover there were no jobs and the companies mentioned in the arrangements prior to their arrival were fictitious and did not exist.

Those who lied and abused the visa system should be brought to justice, particularly that the minister of social affairs and labour has often said there were bogus companies and threatened to name and shame the people behind them,” they said. In July, Minister of Social Affairs and Labor Hind Al Subaih announced the uncovering of 150 companies that did not exist on the ground.

The minister said legal measures were being taken against the companies in addition to the 60 other companies discovered earlier. Around two thirds of the total population of Kuwait, estimated at 3.3 million people, are foreigners, mainly from Asian countries working as domestic helpers and in the construction sector. Under the sponsorship system, a foreigner cannot take up a job unless he or she is sponsored by an individual or a company. 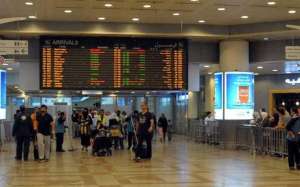