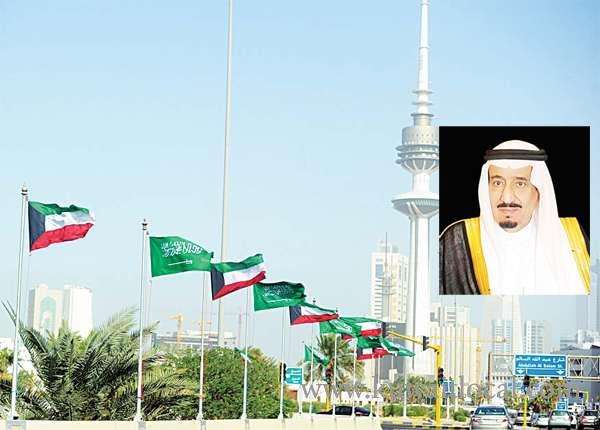 Saudi Arabia will host a key investment summit on Tuesday, overshadowed by the killing of critic Jamal Khashoggi that has prompted a wave of policymakers and corporate giants to withdraw. Just ahead of the three-day Future Investment Initiative (FII), dubbed “Davos in the Desert”, the Kingdom sought to defuse the crisis with an about-face admission on Saturday that the journalist died in its consulate in Istanbul.

But that has failed to stem an exodus from the summit, whose organisers have taken down a list of speakers from its website. The State of Kuwait hailed on Sunday decisions that have been taken by Custodian of the Two Holy Mosques King Salman Bin Abdulaziz of Saudi Arabia regarding the case of Saudi citizen Jamal Khashoggi.

An official source at the Foreign Ministry said, in a statement, that the State of Kuwait has followed up with concern on the death of the Saudi national, Khashoggi, May Allah Bless his Soul. The source has added that the State of Kuwait “greets the decisions that have been taken by the Custodian of the Two Holy Mosques King Salman Bin Abdulaziz Al-Saud with respect of the case, which depicts the Kingdom’s keenness and commitment to establish the truth and its respect for legal principles to bring to account those behind this regretful event”.

Dozens of executives – from bankers JP Morgan to carmaker Ford and ride-hailing app Uber – scrapped plans to attend. Media powerhouses like Bloomberg, CNN and the Financial Times have also pulled out and on Saturday, Australia withdrew its representatives, saying it was “no longer appropriate” to attend, due to the Khashoggi affair.

On Saturday, organisers said more than 120 speakers and moderators will participate. Last Monday, they had listed more than 150 speakers. The event seeks to project the historically insular Kingdom as a lucrative business destination, in a bid to diversify its oil-reliant economy and set the stage for new ventures and multibillion dollar contracts. At last year’s inaugural FII – a starstudded event at Riyadh’s glittering Ritz-Carlton hotel – Crown Prince Mohammed bin Salman was lionised as a visionary as he wowed investors with talking robots and plans for a futuristic mega-city called NEOM.

Billed last year as an economic coming-out party for the conservative petro-state, the FII has now come to symbolise global outrage over the silencing of critics. The prince, widely known as MBS, faces what the risk consultancy Eurasia Group calls “an acute public relations crisis”. Khashoggi, who had criticised Prince Mohammed, was last seen walking into the Saudi consulate in Istanbul on Oct 2.

After weeks of vehement denials, the Kingdom’s assertion on Saturday that the journalist was killed in a “brawl and fist fight” inside the consulate – without revealing the whereabouts of his body – was met with scepticism around the world. “The Ubers and JP Morgans of the world have calculated that the cost of being currently associated with brand MBS is higher than the cost of losing out on taking a slice of Saudi Arabia’s economy,” said Michael Stephens, a Middle East expert at the Royal United Services Institute.

Many Western firms have too much at stake to abandon the Arab world’s biggest economy, and many are preparing to send lower-level executives to the summit. Senior investment bankers from HSBC and Credit Suisse are planning to attend the conference even though their chief executives have cancelled their attendance, Bloomberg News reported. Turkish President Tayyip Erdogan said he would make all the necessary statements about the killing of Khashoggi at a meeting with members of his ruling AK Party in parliament on Tuesday. “I will make my statement about this issue on Tuesday at the party group meeting,” Erdogan said in a speech in Istanbul on Sunday, a day after Saudi Arabia said for the first time that Khashoggi had been killed at its consulate in Istanbul on Oct 2.

Saudi Arabian officials do not know details of how dissident Khashoggi was killed in their consulate in Istanbul or where his body is, Saudi Foreign Minister Adel al-Jubeir said on Sunday. He told Fox News in an interview that Khashoggi was approached by “Saudi security team” when he entered the consulate and their account of what happened after that differed from that of Turkish officials, which prompted the Saudis to investigate. “He was killed in the consulate. We don’t know in terms of details how. We don’t know where the body is,” Jubeir said. “We are determined to uncover every stone … We are determined to punish those who are responsible for this murder.” Jubeir was the first senior Saudi official to speak on the record since the Saudis admitted on Saturday that Khashoggi was dead.

The Saudis have laid out different versions of the circumstances that led to the death of Khashoggi, a Washington Post columnist and critic of Saudi Crown Prince Mohammed bin Salman, who was not seen after entering the consulate on Oct 2. The crown prince has denied any involvement. Jubeir called the killing of Khashoggi a terrible mistake and offered condolences to his family. The journalist has relatives still living in Saudi Arabia and three children who hold US citizenship.