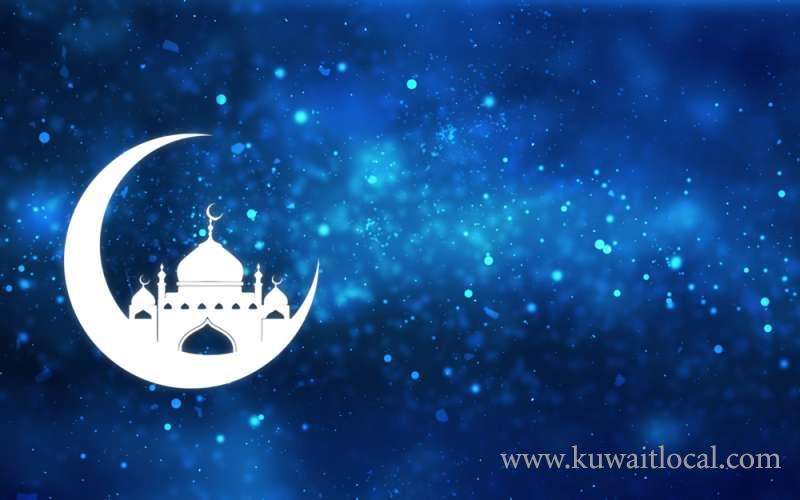 A number of astrologers have predicted a major split this year between Arab and Muslim countries around the beginning of the month of Shawwal and Eid ul-Fitr, reports Al-Anba daily. The astrological calculations are according to Tuesday, June 4, while it will be very difficult at the same time to sight the Crescent on Monday June 3 and then Wednesday according to the legitimate vision.

At first, astronomer Dr Saleh Al- Ojairi said he expected Tuesday, June 4 to be the first day of Eid al- Fitr, depending on astrological calculations. He told the daily that the Crescent will be born in Kuwait on Monday at 1:02 after midnight, and it will stay for three minutes in the sky, but it will be impossible to see it clearly, as the sun’s rays will prevent this in many Arab countries.

Al-Ojairi pointed out that the situation will be the same in Saudi Arabia, where the Crescent will not be clear and will be difficult to see but will continue for 10 minutes, with the inability to see the Crescent which most Arab countries will depend on.

For his part, astronomer Adel Marzouq that the month of Ramadan this year will complete the number of 30 days and that the first day of Eid ul- Fitr will be Wednesday (June 5).

For his part, astronomer Adel Saadoun said that “a great astronomical division will occur between Islamic countries around the dawn of the month of Shawwal and the confirmation of Eid ul-Fitr.” Al-Saadoun told KUNA that the new moon or pairing will take place at one o’clock and two minutes on Monday, June 3, and that the moon will be absent in Kuwait after the sun sets by one minute and the situation in the Arab countries is about 5 minutes.