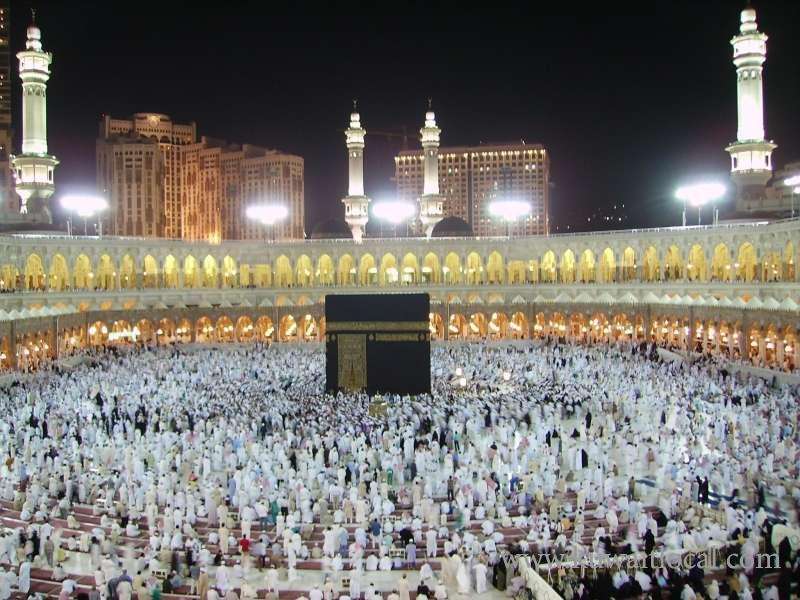 The State of Kuwait on Friday strongly condemned the ballistic missile launched by the “Houthi group and Ali Abdullah Saleh” toward the Makkah region of Saudi Arabia.

Targeting Muslims’ Qiblah is a provocation of their feelings, neglect of the holiness of the blessed spot, and disregard of Islamic sanctities, an official source at the Foreign Ministry said in a press statement.

It added that the brutal aggression is considered a grave development and insistence on rejecting, and defying the will of the international community, as well as its efforts to enforce a truce, leading to a political solution that rids Yemen and the entire region from the continuation of the bloody conflict and its repercussions.

The statement concluded by praying to Allah to protect Saudi Arabia from all harm. Yemen’s Shiite rebels and their allies fired the ballistic missile deep into Saudi Arabia, an overnight strike that they said on Friday had targeted an international airport while the kingdom claimed that it flew toward the holy Muslim city of Makkah. Saudi Arabia said the missile was “intercepted and destroyed” 65 kms (40 miles) from Makkah, which is home to the Holy Kaaba that the world’s Muslims pray toward five times a day.

Angry Saudis soon denounced the missile fire online with hashtags questioning the faith of Yemen’s Shiite rebels known as Houthis, as other Sunni Arab leaders in the Gulf linked the attack to Shiite power Iran. Invoking Makkah also invigorated support for Saudi Arabia as it leads the stalemated war in the Arab world’s poorest country, as well as turned attention away from those starving under a kingdom-led blockade and the civilians killed in its airstrikes.

The Saudi military said the missile, fired Thursday night from Yemen’s northwestern Saada province, which borders the kingdom, caused no damage. The Saudi military has a supply of US-made, surface-to-air Patriot missile batteries it previously has fired at Houthi-launched missiles.

The kingdom’s military said in a statement carried by the state-run Saudi Press Agency that it immediately targeted the area where the missile was launched in airstrikes. The Houthis and their allies, including forces loyal to former Yemeni President Ali Abdullah Saleh, have a stockpile of Soviet-era Scud missiles and locally designed variants.

That airport is 75 kms (45 miles) northwest of Makkah. The Houthi-controlled SABA news agency said the missile “directly hit” the airport and caused massive destruction, though there were no delays or diversions affecting the airport Friday. The Saudi military, however, stressed the missile was fired “toward” Makkah, without elaborating the protection of the holy city is a key pillar of the Saudi royal family’s prestige and the country’s national identity. Gulf Arab countries allied with Saudi Arabia immediately began condemning the attack, suggesting the Houthis intentionally targeted the Islamic world’s holiest site. Many also immediately linked the attack to Iran, further inflaming regional sectarianism.

“The Iranian regime supports a terrorist group that launched its rockets on Makkah,” Emirati Foreign Minister Abdullah bin Zayed Al Nayhan wrote on Twitter. “Is this regime Islamic as it claims?” While analysts suggest Tehran doesn’t have direct control over the Houthis, the US Navy says it is has intercepted Iranian arms heading to the rebels. In Iran, state media reported on the ballistic missile fire citing international reports, without any government comment.

Yemen, on the southern edge of the Arabian Peninsula, has been in the midst of a civil war since September 2014 when the Houthis swept into the capital of Sanaa and overthrew the country’s internationally recognized government. In March 2015, a Saudiled coalition of Arab countries began a military campaign against the Houthi forces, saying its mission served in part as a counterbalance to Iran’s influence following its nuclear deal with world powers. The Saudi-led campaign initially had the logistical and intelligence support of the US, but mounting civilian casualties from its airstrikes led to America pulling back, especially after a Saudi strike earlier this month on a funeral in Sanaa killed some 140 people and wounded over 600.

The US also fired Tomahawk missiles at mobile Houthi radar sites after reporting its warships came under fire in the Red Sea near the crucial Bab el-Mandeb strait. In recent days, two commercial ships reportedly have come under fire in the same area.