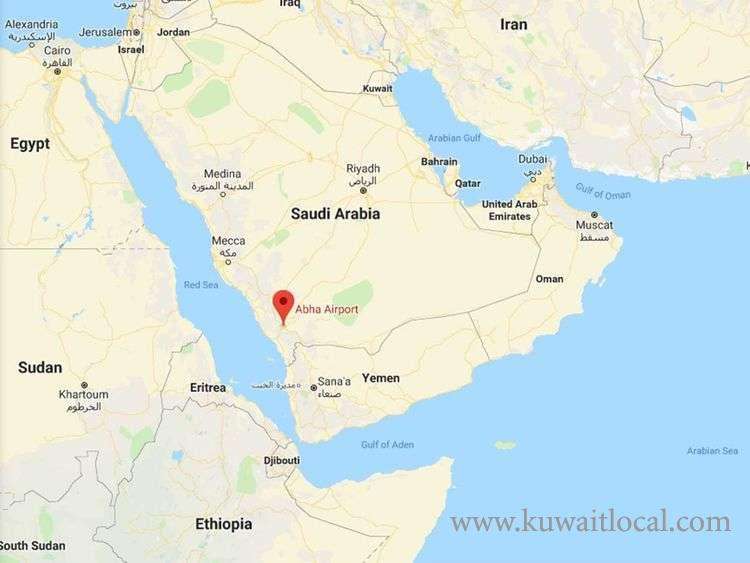 A source at the Foreign Ministry expressed Kuwait’s strong condemnation for the attack on Abha airport in southern Saudi Arabia Sunday, which led to the martyrdom of one person and injuring seven others.

The source stressed that such “terrorist” act targeting a civilian airport is a flagrant violation of international laws and a dangerous escalation that threatens security and stability in the region as well as undermining all chances for peace.

The source reiterated Kuwait’s stand alongside Saudi Arabia and its full support in taken all measures necessary to ensure security and stability of the Kingdom.

The source expressed sincere condolences to the family of the victim, and wishing a speedy recovery to all injured in the attack. GCC Secretary General Dr Abdullatif Al-Zayani strongly condemned on Monday the terror attack targeting Abha Airport, which led to the death of an individual and the injury of several others. In a press release, Al-Zayani deemed the attack, carried out by Al-Houthi militias, as cowardly and against international laws and norms.

The GCC Secretary General called on the global community to take a strong stance against such actions threatening innocent civilians, stressing that the Houthis should halt all kinds of assaults on Saudi Arabia. The coalition in support of legitimacy in Yemen said that the attack led to the death of a civilian and the injury of 21 others.

Houthi-run Al-Masirah TV earlier said that the Iran-aligned movement had targeted Abha and Jizan airports in the south of the Kingdom with drones attacks. “A terrorist attack by the Iran-backed Houthi militia targeted Abha airport, killing a Syrian resident and wounding 21 civilians,” the coalition said in a statement carried on Saudi state television. It did not confirm an attack on Jizan airport. Saudi-owned Al Arabiya TV said a suspected drone hit the parking lot in Abha airport, which is about 200 kms (125 miles) north of the Yemen border and serves domestic and regional routes. Saudi state TV said flights had resumed at the airport, where operations were now running normally. Earlier this month, a Houthi missile hit Abha airport in a strike that wounded 26 people.

The Western-backed Sunni Muslim coalition led by Saudi Arabia and the United Arab Emirates intervened in Yemen in 2015 to try to restore the internationally recognised government that was ousted from power in Sanaa by the Houthis in late 2014.

The Iran-aligned Houthis have stepped up missile and drone attacks on Saudi cities in the past month amid rising tension between Iran and Gulf Arab states allied to the United States. Riyadh has accused Iran of supplying the Houthis with the weapon used in the June 13 attack on Abha airport. Tehran and the Houthis deny coalition charges that Iran supplies the Houthis with missiles and drones.