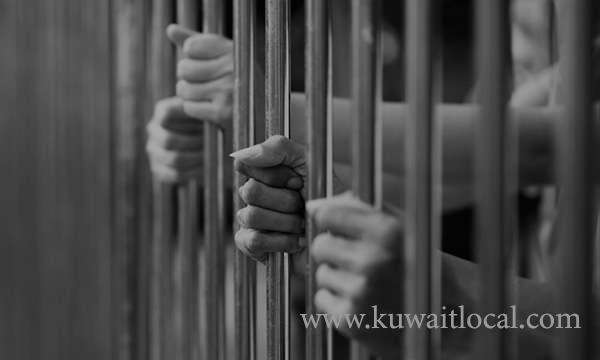 Kuwait has affirmed necessity of releasing prisoners in Syria calling on the local parties to cooperate with the UN envoy Geir Pedersen to try end plight of those languishing behind iron bars.

The Kuwaiti call was made by the State of Kuwait Permanent Representative at the UN, Ambassador Mansour Al-Otaibi, during a Security Council session on the detainees and missing persons in Syria on Wednesday.

Resolving this plight will constitute a measure for building confidence among the parties as part of the efforts by the UN envoy for resuming the political process according to Security Council Resolution 2254 and the 2012 Geneva Declaration, Ambassador Al-Otaibi stated.

Nine years after flare-up of the crisis in Syria, there have been justified inquiries about destiny of the detainees and the missing, where according to reports by international investigation panels, there are thousands of detainees and missing people in Syria and their families know nothing about their destiny.

Freeing these detainees has been stipulated in SC resolutions namely Resolutions 2254, 2401 and 2449, he said, noting that a breakthrough in this respect would back up the political process.

Ambassador Al-Otaibi renewed support for the UN envoy mission, calling for speedy efforts to free the largest number possible of those held in the cells.

“We have celebrated this year the 70th anniversary of adopting the 1949 four Geneva conventions and additional protcols as well as the 20th anniversary of endorsing the first resolution by the Security Council calling for protection of civilians in armed struggles,” Al-Otaibi said.

He called for adherence, literally and morally, to these resolutions and conventions, namely those addressing the question of prisoners.

He stressed on the necessity of calling on the Syrian authorities and all parties of the struggle to stop instantly all inhuman practices happening inside the prisons and detention centers, in violating of international and humanitarian laws.

The veteran Kuwaiti diplomat called for rapid freeing of imprisoned women, children, sick people, elderly and those of special needs and allow their families to determine their destiny and whereabouts.

The prisoners in Syria need medical care, food, water and other basic materials.

Ambassador Al-Otaibi urged the Syrian authorities reveal number of the deceased, information about burial places and hand over their remains to their families, in line with international laws.

He reaffirmed that officials responsible for the heinous crimes and war crimes must be brought to account.

Meanwhile, the UN Food and Agricultural Organization (FAO) on Thursday accepted Kuwait’s donation, $ 3 million, to support agriculture and to fight starvation in Syria.

FAO headquarters issued a statement saying that Kuwait and the organization have boosted their cooperation to aid Syrian farmers on recovery and to provide food security with an estimated amount of  $ 3 million for approximately 20,000 vulnerable families.

FAO’s Assistant Director-General Abdul Salam Weld Ahmed said, “This generous donation by Kuwait at this suitable timing would help in achieving several long-term goals by intensifying efforts to support societies that suffer from lack of food and to help provide food security.”

“Kuwait and FAO are working hand to hand on a larger scale to provide food and aiding distressed societies in Africa, and countries like Yemen, Somalia, South Sudan and Nigeria,” he added.

5 Year Residence For Expats And 10 Years For Expat Businessmen A new residency law will be introduced that underlines that an expat can acquire a residency visa for up to 5 years and for an expat businessman with a valid project, it is for 10 years. Among the ... August 12, 2020 2 7071 Category: Expats

After Days Of Waiting, First Flight Left To India From Kuwait Today After a long wait of more than three weeks, the flight to India resumed from Kuwait international airport today with the first flight carrying 322 Indians stranded here to Delhi. The flight, arrang... August 11, 2020 0 6150 Category: Kuwait

Allow Entry To Non-Kuwaitis From The 31 Banned Countries Who Are Related To A Kuwaiti The General Administration of Civil Aviation issued a circular to airlines operating at Kuwait International Airport allowing non-Kuwaiti passengers who have a relationship with a first-class Kuwaiti ... August 09, 2020 0 4612 Category: Travel

Steps To apply for Renewal of Kuwait Society Of Engineers (KSE) Membership And No Objection Certificate Online If you hold a engineer visa KSE membership is must and you have to renew it Every Year, Below we will explain the process about renewal KSE membership and applying NOC, this process is for who already... August 10, 2020 0 4543 Category: Kuwait Society of Engineers

Large Scale Expat Deportation Plan In Progress Planning is underway for the large scale arrest and deportation of around 126,000 expatriates living illegally in Kuwait, reports Al Jarida daily. They did not take advantage of the amnesty in April a... August 11, 2020 1 4270 Category: Expats

Only educated expats over 60 will have their residence renewed Public Authority for Manpower (PAM) has announced that expats at the age of 60 and above, without a university degree will need to make preparations to leave the country by end of this year. They are ... August 11, 2020 2 2962 Category: Expats
Related News
Visit Visa
Visit Visa
View All
Indemnity
Indemnity
View All
Dependent Visa
Dependent Visa
View All
Driving License
Driving License
View All
Project Visa
Project Visa
View All
Termination
Termination
View All
Civil ID
Civil ID
View All
Crime News
Crime News
View All