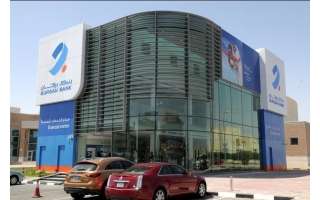 Kuwait's Burgan Bank said on Wednesday it would sell its controlling stake in Jordan Kuwait Bank to another subsidiary of parent firm Kuwait Projects Company (KIPCO).

The deal, involving Jordan's fourth-largest bank by assets according to Thomson Reuters data, is part of a series of steps being taken to boost Burgan's capital in preparation for the introduction of the Basel III global finance rules, Burgan said in a bourse filing.

The transaction will reduce Burgan's risk-weighted assets by more than 500 million dinars ($1.65 billion) and enhance the total capital adequacy ratio (CAR) of Kuwait's third-largest bank by assets to over 15 percent at the end of 2015.

Burgan's CAR, a key measure of a bank's health, stood at 12.7 percent at the end of September, according to an investor presentation on its website.

Neither Burgan nor KIPCO, in a separate statement, disclosed which KIPCO subsidiary would acquire the 51.19 percent stake. KIPCO is Kuwait's largest investment firm and has interests in banking as well as media, industrials and real estate.

The sale would take place in two phases, with 25.46 percent sold on Wednesday, with the remaining 25.73 percent transferred on Thursday, the bourse filing added. Burgan has already undertaken a number of capital-boosting measures in recent months.

Earlier in December, it said it would repurchase bonds worth around $362.9 million under a plan to redeem up to $730 million of subordinated bonds which would no longer be eligible to boost the bank's capital under Basel III rules. Burgan also completed a $353 million rights issue at the end of 2014.