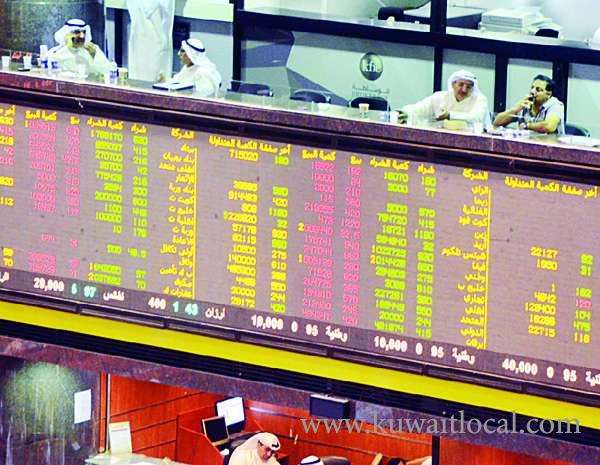 Kuwait stocks fell sharply on Wednesday as it continued its losing streak to sixth straight session. The All Shares Index skidded 106.63 points to 5,502.28 pts weighed by selling in most of the heavyweights even as the sentiment remains jittery following the attacks on Saudi oil facilities.

The Premier Market slid 135.3 points to 5,934.59 pts taking the month’s losses to 593 points while Main Market dipped 47.82 points to 4,669.08 pts. The volume turnover meanwhile bounced back to hit a multi-week high. Over 198 million shares changed hands – a 80 pct surge from the day before. The sectors closed mostly lower. Consumer Goods outshone the rest with 0.54 pct gain whereas Banking sector dived 2.64 percent, the worst performer of the day.

Volume wise, banks topped in both volume and value with 107.3 million and KD 49.7 million respectively. Among the notable losers, National Bank of Kuwait tumbled 21 pts to 907 fils after trading 10.5 million shares while Kuwait Finance House skidded 29 fils to 629 fils with brisk trading. Mabanee Co was down 8 fils and National Industries Group followed suit to close at 213 fils after pushing 7.7 million shares.

Zain slipped 6 fils to 524 fils after trading 4.9 million shares while Ooredoo shed 10 fils before winding up at 704 fils. Kuwait Telecommunications Co (VIVA) dropped 10 fils to 778 fils and Agility dialed down 2 fils to close at 694 fils. Humansoft Holding gave up 11 fils. The market opened firm and ticked slightly up in early trade. The main index scaled the day’s highest level of 5,627 pts and edged lower amid selling at some of the counters.

It bottomed at 5,420.58 points in the final hour before clawing back some of the losses at close. Top gainer of the day, KSHC rallied 9.38 pct to 35 fils and AREEC climbed 6.2 percent to stand next. KFIC tumbled 13 percent the steepest decliner of the day and Kuwait Finance House topped the volume with 36.6 million shares. Mirroring the day’s slide, the market spread was skewed towards the losers.

National Real Estate Co fell 2.1 fils to 77.9 fils and Salhiya Real Estate gave up 4 fils to close at 326 fils. Tamdeen Real Estate paused at 300 fils and Mazaya Holding clipped 1.4 fils. The bourse has been weak so far during the week sliding 241 points in last four sessions. It has skidded 439 pts so far during the month and is trading 423 pts higher yearto- date. Boursa Kuwait, with 176 listed stocks, is the second largest market in the region