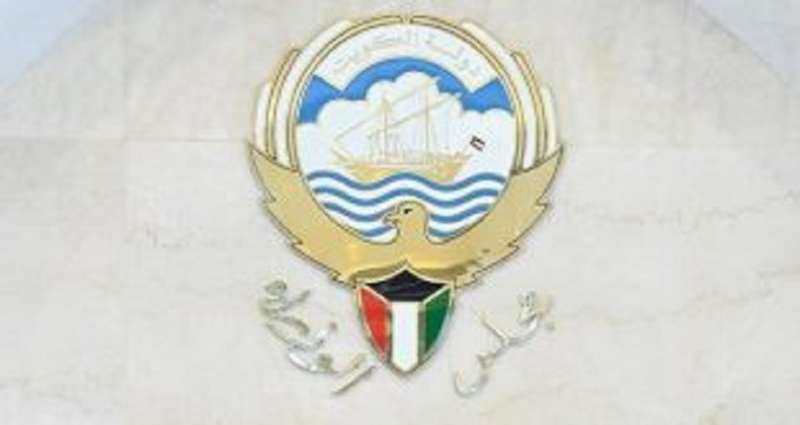 The Kuwaiti General Administration of Civil Aviation announced Saturday, the suspension of direct commercial flights with South Africa, Namibia, Botswana, Zimbabwe, Mozambique, Lesotho, Eswatini, Zambia and Malawi, with the exception of cargo planes. The administration said in a statement to Kuwait News Agency (KUNA) that the institutional quarantine is applied to citizens coming from those aforementioned countries for a period of seven days, with a PCR examination performed upon arrival and on the sixth day of the quarantine. It is forbidden for expats to enter the country if they are coming from those countries unless they reside outside those countries for at least 14 days.

This decision came based on the instructions of the Kuwaiti health authorities and in view of the situation and the repercussions of the spread of a new mutated strain of the Coronavirus. The administration called on citizens to avoid travel at the present time, except in cases of necessity, especially to countries where the new mutated strain of the virus has appeared. Deputy Prime Minister and Minister of Defense Sheikh Hamad Jaber Al-Ali assured that the airport will not be closed, and the borders will not be closed.

The United Arab Emirates, Bahrain, Jordan, Egypt, Morocco and Turkey decided Friday to bar arrivals from Southern African countries as a precaution against the new variant of coronavirus (COVID-19), B.1.1.529 or Omicron. In Abu Dhabi, the UAE General Civil Aviation Authority (GCAA) and the National Emergency Crisis and Disaster Management Authority (NCEMA) suspended all arriving flights from South Africa, Botswana, Lesotho, Eswatini, Mozambique, Namibia and Zimbabwe. The suspension takes effect as from Monday, according to a joint statement by both authorities. The Bahraini Civil Aviation Affairs said it has blacklisted six countries, namely South Africa, Botswana, Lesotho, Eswatini, Namibia and Zimbabwe.

The authority updated the entry measures and advised those willing to travel to the Kingdom to visit the Health Ministry’s website (healthalert.gov.bh). In Amman, the Jordanian Ministry of Interior decided to bar non-Jordanian arrivals from seven countries. Travelers from these countries need to spend a fortnight in a third country considered to be safer from the new variant, according to a press release from the ministry. Saudi Ministry of Interior on Friday announced a temporary suspension of flights to and from seven African countries, namely South Africa, Namibia, Botswana, Zimbabwe, Mozambique, Lesotho and Eswatini.

The move was taken due to the spread of the novel coronavirus, an official source at the ministry said in a statement. Non-Saudi citizens coming from these countries are not allowed to enter the Kingdom of Saudi ARABIA either through direct or indirect flights provided that they spend 14 days in other countries allowed by Saudi authorities, it added. The exempted categories, including Saudis, coming from the seven countries should subject to a 5-day constitutional quarantine regardless of the state of vaccination, it noted. In Cairo, Spokesman of the Egyptian Prime Minister’s Office announced travel restrictions on arrivals from seven countries.

Restrictions
Arrivals in Cairo as a transit point en route to another destination have to undergo a quick PCR test, Ambassador Nader Saad said in a press release, noting that the new restrictions are a precaution against the Omicron Variant. Similarly, the Moroccan Ministry of Foreign Affairs and Cooperation announced barring arrivals from the seven countries of South Africa, Botswana, Lesotho, Eswatini, Mozambique, Namibia and Zimbabwe. The ban includes travelers to the Kingdom of Morocco as a final or transit destination, the ministry said, noting that the preventive measure is meant to protect the gains made in the combat against Covid-19.

In Ankara, Turkish Minister of Health Fahrettin Koca announced a ban on travel from the five African countries of Botswana, Republic of South Africa, Mozambique, Namibia, and Zimbabwe as of Friday night. Earlier Saturday, the World Health Organization (WHO) sounded the alarm about the emergence of the Omicron strain of coronavirus in Southern Africa, deeming it “a variant of concern. Britain became the latest country Saturday to report cases of the new potentially more contagious omicron variant of the coronavirus as governments around the world sought to shore up their defenses by slapping restrictions on travel from nations in southern Africa. Amid fears that the recently identified new variant has the potential to be more resistant to the protection offered by vaccines, there are growing concerns that the pandemic and associated lockdown restrictions will persist for far longer than hoped. U.K. Health Secretary Sajid Javid confirmed that two people have tested positive with the omicron variant and that the cases are linked and related to travel from southern Africa.

One is in the southeastern English town of Brentwood, while the other is in the central city of Nottingham. The government had earlier said one of the locations was Chelmsford, and it didn’t give any reason for the change. Javid said the two confirmed cases are self-isolating alongside their households while contact tracing and targeted testing takes place. He also added four more countries – Angola, Malawi, Mozambique and Zambia – onto the country’s travel red list from Sunday. Six others – Botswana, Eswatini (formerly known as Swaziland), Lesotho, Namibia, South Africa and Zimbabwe – were added Friday. That means anyone permitted to arrive from those destinations will have to quarantine. “This is a real reminder that this pandemic is far from over,” he said. “If we need to take further action, we will.” Prime Minister Boris Johnson, along with his top advisers, will be holding a media briefing later Saturday.

Advice
Many countries have slapped restrictions on various southern African countries over the past couple of days including Australia, Brazil, Canada, the European Union, Iran, Japan, Thailand and the United States, in response to warnings over the transmissability of the new variant – against the advice of the World Health Organization. Despite the banning of flights, there are mounting concerns that the variant has already been widely seeded around the world. In addition to the U.K, cases have been reported in travelers in Belgium, Israel and Hong Kong. Germany also said it suspected a positive case and Dutch authorities were testing whether 61 people who arrived on two flights from South Africa with COVID-19 have the omicron variant.

The planes arrived in the Netherlands from Johannesburg and Cape Town shortly after the Dutch government imposed a ban on flights from southern African nations. The 539 travelers who tested negative were allowed to return home or continue their journeys to other countries. Under government regulations, those who live in the Netherlands and are allowed to return home must self-isolate for at least five days. Meanwhile, a German official said that there’s a “very high probability” that the omicron variant has already arrived in the country. Kai Klose, the health minister for Hesse state, which includes Frankfurt, said in a tweet that “several mutations typical of omicron” were found Friday night in a traveler returning from South Africa, who was isolated at home. Sequencing of the test had yet to be completed. Italian authorities in the southern region of Campania were also investigating whether a person who recently returned home from southern Africa and who has tested positive for the virus was infected with the omicron variant. The global health body has named the new variant omicron, labeling it a variant of concern because of its high number of mutations and some early evidence that it carries a higher degree of infection than other variants.

That means people who contracted COVID-19 and recovered could be subject to catching it again. It could take weeks to know if current vaccines are less effective against it. With so much uncertainty about the omicron variant and scientists unlikely to flesh out their findings for a few weeks, countries around the world have been taking a safety-first approach, in the knowledge that previous outbreaks of the pandemic have been partly fueled by lax border policies. Nearly two years on since the start of the pandemic that has claimed more than 5 million lives around the world, countries are on high alert.